CAP is the acronym for the words Consistency, Availability, and Partition Tolerance. Consistency means that all clients can always access the same data. Availability means that the all clients are always able to perform the read and write requests. Partition Tolerance means that the system can work even in case of failure of a part (node). Brewer detected that only two can work simultaneously in a distributed system (not Cloud Computing system originally). CAP Theorem is often represented with a triangle and applied for Cloud Computing as well. 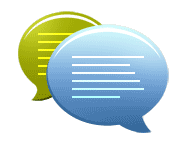 Cloud Computing platforms are set on a horizontal scaling – the load is distributed within the Cloud Computing CAP Theorem infrastructure through many nodes, which can consist of cheap hardware!

Therefore a cloud application must necessarily be tolerant to the failure of the individual nodes. High availability is also required, because the end user now shows only a limited understanding of long response times of the Cloud Computing SaaS he or she is using. It follows that a cloud application (at least in large part) in the category (AP) falls. Twitter runs on Cloud Computing Platform, but you must have noted – Twitter often is overloaded, updates of the profile or follower lists are not always immediately visible.

Without penetrating deeply into the architecture of Twitter, we can assume that such updates are performed asynchronously. This is because, no Cloud Computing system can escape CAP Theorem, but can reduce the probability of failure, if they want.

This article on Cloud Computing is written by Eric Srivastava.

This Article Has Been Shared 798 Times!