Advertisement
You are here: Home » Who Clicks the Ads : AdWords and AdSense
Advertisement

Who Clicks the Ads is a big marketing question as Billions are transacted for driving the visitors to own webpage. Here is some interesting information. We have collected the information and stats from other blog posts (mentioned with the relevant data or opinion) including AdWords for this peculiar article on Who Clicks the Ads!

Who Clicks the Ads : the AdWords part

Adwords is an important tool for your success. Also, there is an impact of Organic Ranking on Ad Click. Who Clicks the Ads on AdWords Ads on search result is quite important as it is a big factor to decide how much you will spend for AdWords.  Dave Morgan (AOL Global Advertising Strategy) once wrote –  “Who are these œheavy clickers? They are predominantly female, indexing at a rate almost double the male population. They are older.”

As practically they are the “Home Ministry” branding can be successfully done with AdWords. Dave has not said specifically about AdWords, but the theme of his opinion based on studies for Who Clicks the Ads is important. 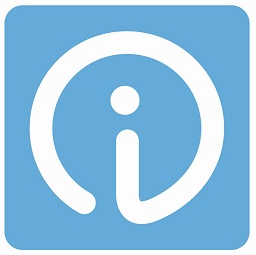 Who Clicks the Ads : the AdSense part

Although AdSense and AdWords can not be separated in this way, but for the Advertisers it is important Who Clicks the Ads on a publisher’s website. Google will not click on Search engine Ads ! But there is a chance of click frauds for site level targeting although Google is very careful about finding the real data “Who Clicks the Ads” for a particular publisher, there is a decimal chance of risk – be it over estimation or under.

On AdWords we get the money back for quality of clicks. No serious blog owners will click Ads on own sites. frihost.com run a small poll on Who Clicks the Ads. So it seems visitors usually avoid to click AdSense Ads, definitely – 4% CTR is quite difficult to achieve unless they are blended or arranged in a way to be clicked more.

Articles Related to Who Clicks the Ads : AdWords and AdSense