Getting Subdomain URL and SSL for Google Apps : Steps

You can actually follow the method described by Google :

That is for the Google Apps Part, for Hosting part, for Rackspace Cloud, you need Add a Record as CNAME and use that provided one, for example, we use URL shortening service by Google (Also the adding CNAME part is described) as written in Setup own URL Shortening Service for Websites on Rackspace Cloud Guide. So for us, the URL is :

But for email it is left as default :

Subdomain URL and SSL for Google Apps : Advantages and Disadvantages 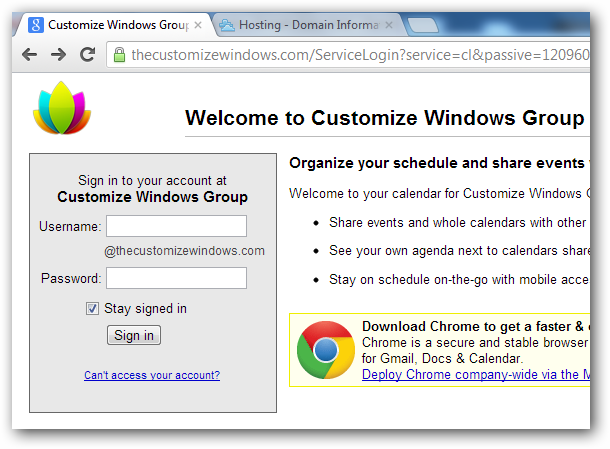 If your main website is not having Wild Card SSL (Read about EV SSL certificate), then you can not use the HTTPS URL to login as simply with CNAME you can not change the Protocol. A 443 port is being opened as Port 80. So it is actually becoming some what risky. It is better not to use for core applications, you can use for App Engine for example. At least you need self signed certificate with Open SSL for the whole server hosting the domain, then redirect all https to http using .htaccess and forcing reversely https url of that subdomain looking URL (actually CNAME). This is all about Subdomain URL and SSL for Google Apps.

This Article Has Been Shared 878 Times!

Articles Related to Subdomain URL and SSL for Google Apps