Reduce Cache to Reduce Operational Cost on Cloud Server. Cache was used intensively on traditional server with traditional database but on Cloud it is expensive to burn compute cycles or the vRAM. It is possible to use less DRAM with reduced load to save on operational costs.

The mantra – Reduce Cache to Reduce Operational Cost on Cloud Server – has deeper meaning. Cache is build, erased with the price of using more RAM – technically at least thrice than needed. The caching is usually used to reduce the load on a database and to reduce the latency. The problems in its use are caused by the fact that the RAM in the cloud is quite expensive and a third of its costs can come from caching tier. The solutions are to reduce the cache at times when the load is less, when the load drops below a certain level it is possible to deprive 50% of its cache without having any effect on performance. Furthermore there are statistically few elements that are required with a frequency, it is therefore convenient to properly balance the size of the cache without exceeding elements that then it is not necessary to hold in its cache. 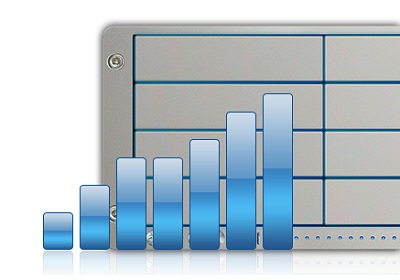 One proposal is to use two tier server, a server group to which you want to deprive from caching, and then the group will be of the primary server group to keep ready in any case. A cache request is directed to both groups, if the data are in the secondary group but not in the primary group then the request is transferred. This ensures that the data required remains in the cache, without involving the database and after some steps you can disable the secondary group. The results are :

The problems brought by this approach is the difficulty when the load is low and when it again becomes high and there are costs associated with elasticity, so instances on demand and load dependent new instances can become expensive if there are significant fluctuations. Also, the process of identifying the objects that are requested most often can be inaccurate, and often lead to the database, with consequences are even worse than cost of intensive use of the cache. Caching is used for HTML snippet for the intermediate flush on a regular basi, and for many other reasons, deleting the cache is not just a database problem, but a problem of the whole system.