In Part 1 of Basics of DevOps, essentially we discussed about definition of DevOps and origin of the phrase. As our audience may not have theoritical idea around software engineering, we tried to touch few points. In Part 2 of Basics of DevOps, We Will Discuss Requirements, Benefits, Principles, Misconceptions Around DevOps. DevOps is basically the convergence of development and operation. But DevOps is not just that, but it looks at the entire IT value chain. Of course, not all parts of the chain are adapted equally, because many processes are e.g. taken from the agile development. 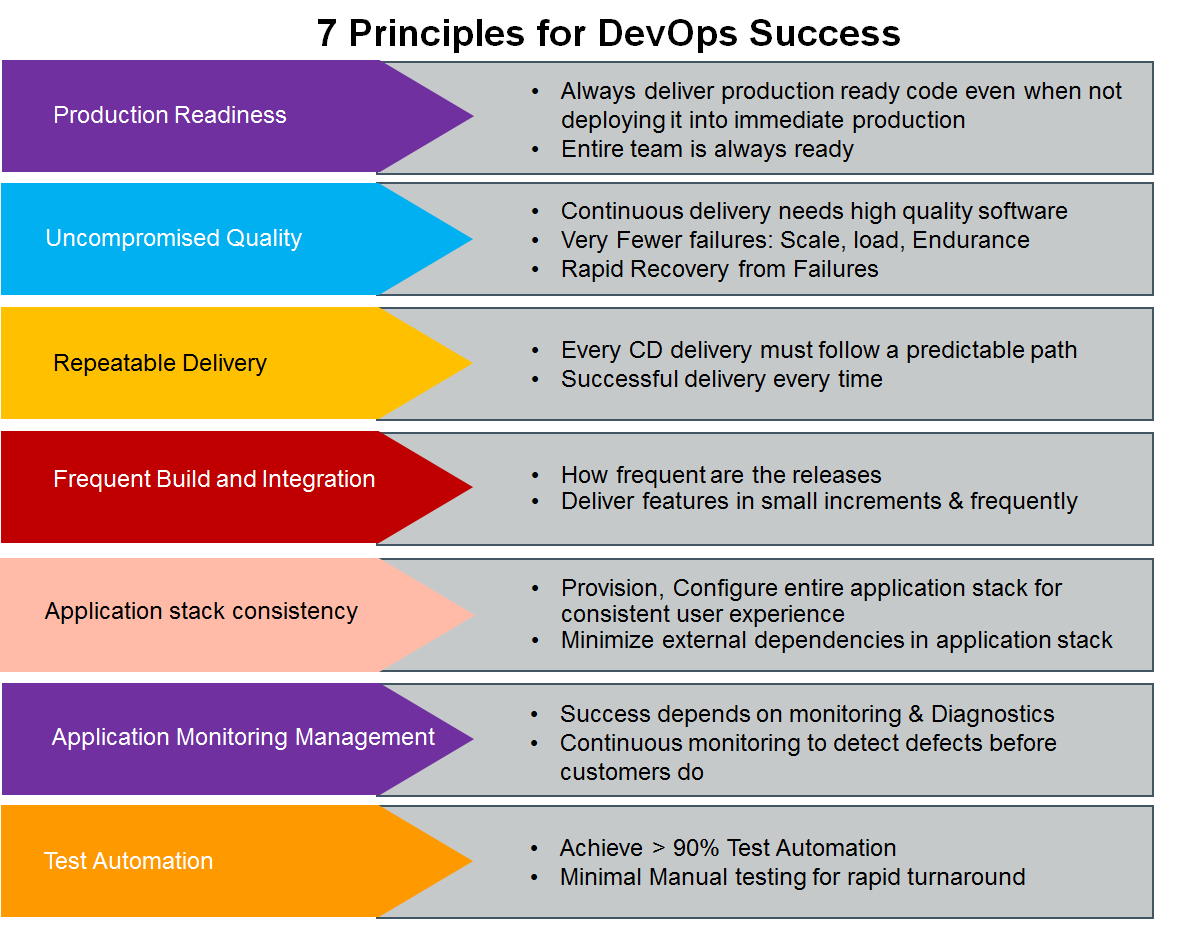 Due to the fact that the DevOps is still relatively young and there is no firm definition, the term DevOps is often misused or misunderstood. We want to show some misunderstandings here. Maybe that makes the term DevOps even clearer. As we pointed before, DevOps is basically the convergence of development and operation. But DevOps is not just that, but looks at the entire IT value chain. Of course, not all parts of the chain are adapted equally, because many processes are eg taken from the agile.

Along with this, DevOps is also not a new department or discipline. It is a principle of software development in which the operation and the development are significantly involved. Therefore, there is no new job title. For example, developers will continue to be hired and in the job description it will be pointed out that they want to work according to DevOps.

It is often assumed that DevOps only refers to the automation of “Build and Deploy”. The automation of these two areas is called “continuous delivery” and has emerged around the same time as DevOps and has become a topic that often confuses them. Of course, the automation of processes is also part of DevOps, but it’s just part of the big picture.

In order to successfully implement the principles of DevOps in development and operation, many processes are modified using tools. Therefore, it is a big misunderstanding that DevOps can be implemented with one or more tools without understanding the logic behind them, they are just tools. Rather, cooperation and communication between the people involved must be ensured and processes improved. Of course, this can also be achieved with different tools

Unlike definition, the principles of DevOps are very well defined. The following principles can be regarded as essential for the implementation of DevOps :

Nevertheless, they leave a certain latitude for the user. So it is not necessary for him to adhere to all these principles. Furthermore, the “three ways of DevOps” are other principles that are now considered to be elemental components of DevOps.

Of course, it is difficult to say how these requirements can be applied to every single company, because DevOps can contain different requirements. We have therefore considered the following requirements to be essential and may vary in individual cases.

Basically, it should be noted that the introduction of a new strategy is always a fine line. Therefore, the persons involved should initially first be granted many freedoms. This will allow the team to determine which tools are needed for implementation, which processes need to be modified, and how the new team’s collaboration works best.

Furthermore, it should be clarified before the introduction, who should take which task in the team. Based on this, the employee should then be trained if necessary, so that he can take on the new activities directly after the introduction. Through the cooperation of development and operation, it is also necessary that the department also acquires basic knowledge in the other fields of study.

In order to make the results visible after the introduction, the goal should be to visualize as many steps as possible in the new processes. This can be ensured by selecting the right tools and tools that can, for example, make a report. On the one hand, the management can be convinced by the new methods, and on the other, the team itself sees the success of the project. If the project is not successful, this data can also be analyzed.

Also, every step in the team should be communicated and in the case of blurring other team members should be consulted. Through this constant collaboration, everyone has the common goal in mind and everyone is responsible for the overall product.

Of course, the first step will be the development of the new processes, yet the four points mentioned should be considered from the beginning to accommodate the success of the introduction of DevOps.

But what DevOps brings to the team, the company or the customer? What added value can be derived from this? To answer this question, DevOps must be viewed from three different directions.

Let’s start by dedicating ourselves to the team. What the team members of a DevOps environment benefit? Each member of the team inevitably has to build up certain knowledge in areas of the departments involved in order to successfully complete the project. This is a great benefit as much expertise can be built up in a wide range of areas that goes beyond the scope of one’s own work.

Let us now turn to the benefit of the company. There are three major benefits businesses can derive from DevOps. First of all, an improved customer experience with the product, which means that the customer is happy to commit to the company as a contact in the long term. At the same time a larger market share can be built up. In order to build this experience, the company needs to constantly receive and respond to feedback from customers. As second point, a higher innovative ability of the enterprise can be mentioned. The customer’s constant feedback can better shift the resources to the more successful products, thereby bringing new innovations to market more quickly, As a third point, this ultimately will improve the ROI. By programming the software faster and more efficiently, it can be used earlier by the customer and the development costs are balanced .

Finally, we come to the benefit for the customer. DevOps strongly integrates this development into the development process and can thus support the team right from the start and incorporate practical experience. As a result, the final product is even better matched to him. He can also test certain parts of the software during development, so this does not take time to complete. Here the development time is shortened and thus the customer can use the software faster or put on the market.

Conclusion of Part 2 on Basics of DevOps

This part is relatively easy topic. This part is kept relatively shorter for the fact, in part 3 of this article we want to fit DevOps Team structure within one article. The need for DevOps is dictated by the speed of the market – software developers simply have to deliver faster to stay profitable today.

This Article Has Been Shared 927 Times!