Advertisement
You are here: Home » How to and most importantly, Why avoid IP spoofing in 2021?
Advertisement

Cybercrimes have been increasing over the decade, and everything being digitized might even become more frequent in the future. Be it a person or an organization, everyone is at equal risk of falling prey to cybercrime. Among them is IP spoofing, one of the standard methods the attackers use to get into one’s device. As geeky and irrelevant it may sound to an ordinary person, it is no joke about data theft. Read this in-depth article by Router Login to understand better. Our website features how-to guides and tutorials for the latest routers and various IP Addresses that one can use while logging in to your networking device.

To start with, what is an IP address? Just like we have identities, every device is identified by its IP (Internet Protocol) address on the internet. It allows the transfer of information between the devices in a network.

However, it is not always safe and secure, potentially getting stolen or misused. With access to our IP address, the hacker may tap into our data or commit cyber crimes under our name. This kind of impersonation is referred to as IP spoofing.

There is a protocol for exchanging information between the sender and the receiver devices.
Firstly, to establish a connection between them, the sender sends an SYN message to the receiver. Upon receiving this message, the receiver sends a similar message called the ACK message to the sender. And after that, the source sends an SYN-ACK message confirming a secure connection. This entire protocol is called a TCP handshake. This is right where the hackers intercept to perform IP spoofing. They fake the source’s confirmation with a spoofed IP address simulating that of the sender.

How to avoid IP spoofing

Knowing how harmful IP spoofing can be, it is a relief to know how to prevent it. 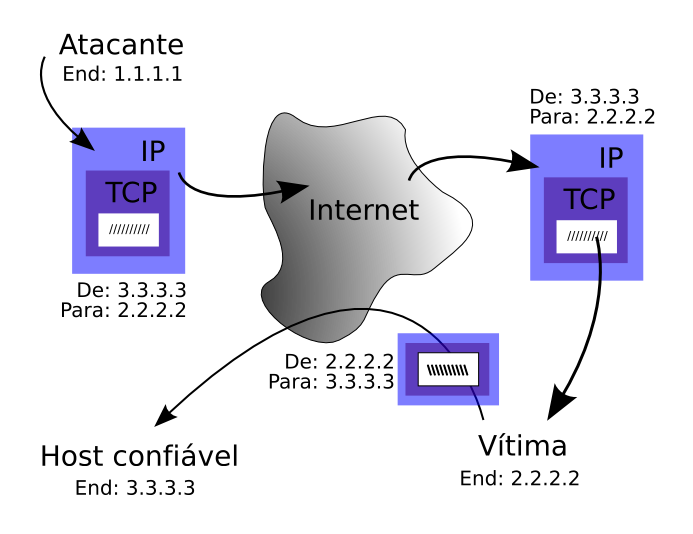 How to protect against IP an spoofer

Cyber attacks cost businesses an average of $200,000 per incident. Since IP spoofing is one of the most accessible attacks and one of the most destructive, protecting the top of the to-do list makes sense. These are the standard solutions

Ongoing monitoring is also very critical. It is tough to pinpoint an IP spoofing attack. Still, when unusual activity is noticed, including a spike in the server’s request, we could have a problem in play that needs our full attention and a speedy remedy right at the moment.

Articles Related to How to and most importantly, Why avoid IP spoofing in 2021?