A star schema is a special form of a data model whose goal is not normalization, but optimization for efficient read operations. The main field of application is a data warehouse and OLAP applications. The term star schema comes from the fact that the tables are arranged in a star shape: at the centre is a fact table around which several dimension tables are grouped. A star scheme is usually denormalized. Possible anomalies and an increased memory requirement are accepted for performance reasons. An improvement is possible through the snowflake scheme related to the star scheme. There, however, multi-level dimension tables must be linked via join queries.

The star scheme allows the selection, summary and navigation of the measured values or facts. The dimension tables are usually not normalized and are therefore denormalized: there are functional dependencies between non-key attributes so that the 3rd normal form (3NF) is violated. However, this breach is accepted with this scheme, because the data structure allows for better processing speed at the expense of data integrity and storage space.

The data to be managed is referred to as facts; they are typically stored continuously in the fact table. Other names for the facts are metrics, metrics, or metrics. Fact tables can become very large, forcing a data warehouse to gradually condense (aggregate) the data and finally delete or offload it after a hold period(archiving). The tables contain key figures or earnings figures that can be derived from current business and reflect economic performance, such as profitability, costs, performance/revenue, expenses, income, expenses, income, etc. However, it is only when these figures are put into context that they make sense. An example is that sales in a certain area are compared with defined products in a defined period of time, which reflects dimensions in which economic performance is evaluated and analyzed.

Due to the existence of functional dependencies between non-key attributes, the third normal form is deliberately violated in the dimension tables. In order to meet the 3NF, the dimension table in question would have to be broken down into individual hierarchical tables, but for reasons of performance, the star schema refrains from normalizing the dimension tables and accepts the redundancy that occurs as a result.

The advantage of separating facts and dimensions is that the facts can be analyzed generically and independently after each dimension. An OLAP application does not require “knowledge” of the meaning of a dimension. The interpretation is left solely to the user.

However, the size of dimension tables should be taken into account. Fact tables can often contain more than 10 million records in a star schema. Although dimension tables are smaller, they can be significant for individual dimensions. In order to reduce such large data sets and the associated shortened access times, individual, very large dimension tables can be converted into a snowflake scheme by normalization. 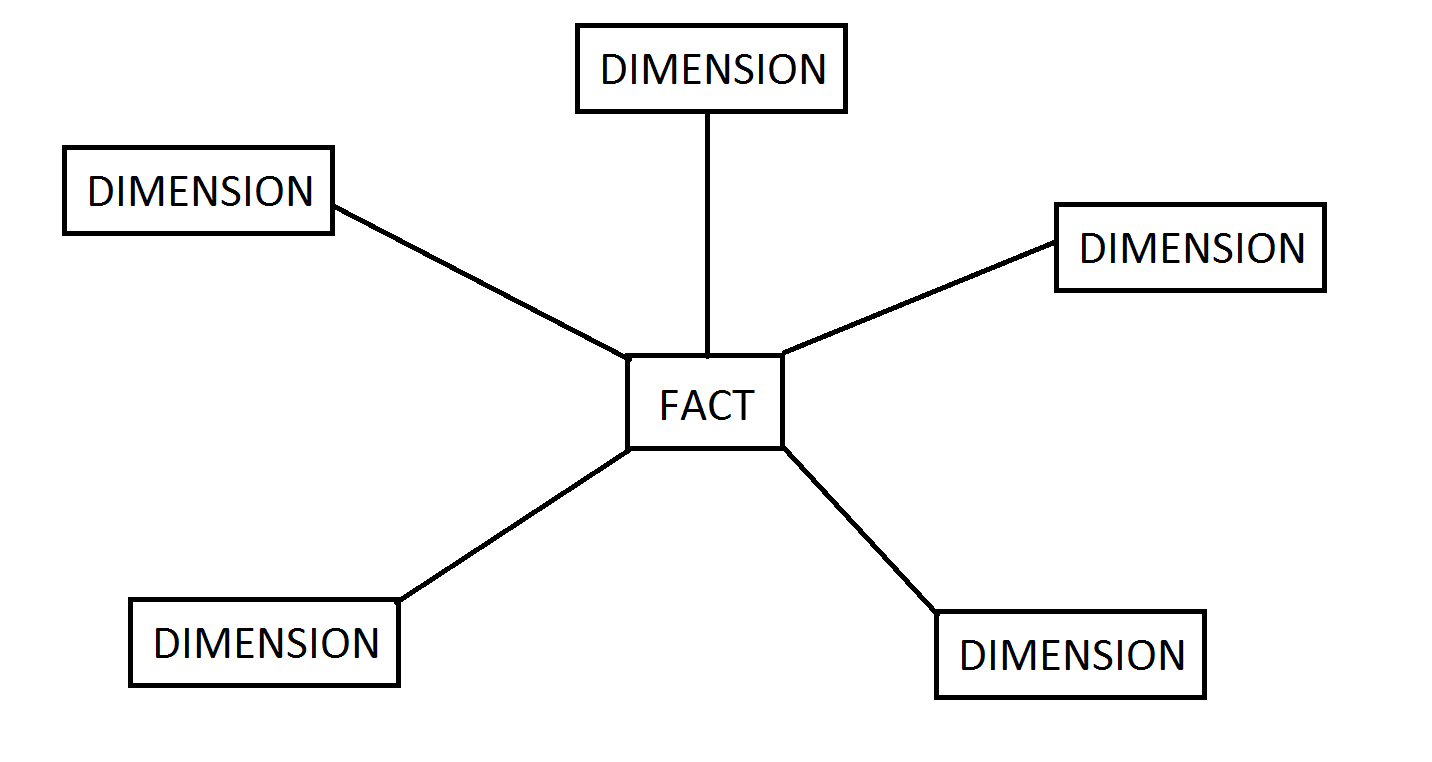 One problem with the star schema is that data in the dimension tables is related to data in the fact tables over a long period of time. Over time, however, changes to the dimension data may also be necessary. However, these changes must generally not affect data before the change. For example, if the seller for a product group changes, the respective entry in the dimension table must not simply be overwritten. Instead, a new entry must be generated, otherwise, the sales figures of the previous seller would no longer be detectable. One concept for avoiding such conflicts is Slowly Changing Dimensions. This concept summarizes methods in data warehousing in order to record changes in dimension tables and, if necessary, to document them historically.

Articles Related to What is Star Schema?