Advertisement
You are here: Home » What is a Code Signing Certificate for Microsoft Developers?
Advertisement

Code tampering can be disastrous since it’s done with malicious intentions. The main motto of attackers for tampering with software codes is to invade customer data privacy.
But, apart from that, gaining unauthorized control on the codes, modifying them to change their behaviour, disabling security protocols, installing backdoor gateways, inserting malicious codes via injections, altering communication to fake sites, counterfeiting, etc. and many more evil reasons to tamper these codes have come to light in the recent years. This has enhanced the need for Code Signing Certificates, which have now become a compulsion, a necessity.

An example before the definition will give a better idea of the topic.
Example: You want to install ABC software from Google search result page, for which you enter the name in Google search page. Multiple sites will pop up from which you can download your desired software.
But the question is:

One single answer to all the above questions is A Code Signing Certificate.
Code Signing Certificate assures the users about the authenticity of the software and confirms its non-interference from hackers. Since users are assured that it’s not tampered with, they trust the software for download and installation.
Web developers and coders use a code signing certificate for multiple purposes like signing software codes, scripts, executable programs, Windows drivers, etc.
The sign and name of the Verified Publisher mentioned on these certificates depict trust, authenticity, and reliability apart from ensuring software integrity and legitimacy of the code.

Buying a code signing certificate is an easy task for software developers. They need to send a request to a reliable Certificate Authority (CA), who will later conduct an identity verification process to confirm your identity.
The CA will issue the code signing certificate if the verification results are positive. This digital certificate instantly encrypts your code and signs it digitally, thus securing the same from attackers.
On acceptance of your certificate request, a key pair is generated, i.e., the public and private keys. Connected mathematically with each other, the private key is secured and stored by you. In contrast, the public key needs to be submitted to the CA to issue the certificate.
The certificate gaining process and the functioning (based on PKI or asymmetric encryption) of this certificate are somewhat similar to SSL/TLS (Secure Socket Layer/Transport Layer Security) certificates.
The private key is used to sign the code, and once signed, it instantly encrypts the code, making it impossible for hackers to intercept or modify. It also displays your name (publisher name), as shown in the image below, which instils trust amongst users downloading your software. 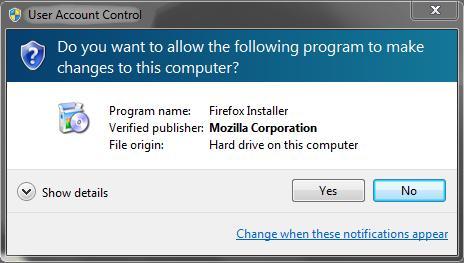 What Would Happen Without a Code Signing Certificate?

Any software that doesn’t display the publisher’s name, i.e., which is not code-signed, will show a warning message stating “Unknown Publisher” by Microsoft SmartScreen. These signs can shake the user’s trust and decrease the count of downloads.
Another disadvantage is that attackers find it easy to inject malicious codes into your software and fool your users into downloading them. This destroys your reputation and user credibility.

Windows drivers are software components that permit the operating systems to communicate with the device.
When the application needs some data from the device, it will ask the OS, which will summon the driver to fetch the data from the device.
These drivers (software) installed on our systems are essential and need to be secured since they are directly linked to the device. If the driver is compromised, it may cause a threat to the device.
As per Microsoft, all the software developers must sign all these drivers with code signing certificates for security reasons before their release. Hence these certificates are also termed “Windows Driver Signing Certificates”.
If the signed driver files are modified post their release, the signature becomes invalid, and the customers receive an alert stating that the file can’t be trusted since the driver’s source is unknown. This prevents malware from entering your computers.

Why EV Code Signing Certificate is Essential for Windows

Code signing certificates are very similar to SSL certificates, and they too have a specific life span, i.e., they come with an expiry date.
Software developers timestamp these codes to extend the validity of their digital signatures.
In the absence of timestamping, the expiry of a code signing certificate leads to the signature becoming invalid. But, timestamping these codes increases the validity of these signatures, much beyond their expiry date.
Even in the case of certificate revocation, the signatures on the code are valid and trusted if they are timestamped. This enhances the reputation and trustworthiness of the software.

The Best Destination to Buy 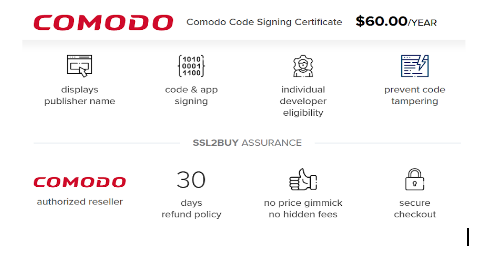 Comodo Code-signing certificate (OV) is available at a cheap rate of $60/year and has varied features like:

If the certificate’s private keys are not secured properly, they may be vulnerable to theft and may damage your code and reputation. Storing the keys in Hardware Security Modules (HSM) devices will provide stronger security against attackers.
The user’s decision also matters in this case. Code signing seems useless if the end-user downloads and installs software from an unknown publisher. Hence this certificate is productive only if the users are as cautious as the developers.

This Article Has Been Shared 318 Times!

Articles Related to What is a Code Signing Certificate for Microsoft Developers?