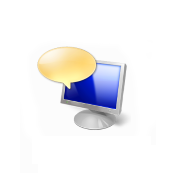 DIY hardware company Adafruit Industries recently offered a $3,000 bounty to encourage the development of open source drivers for Microsoft’s Kinect motion control camera. Developer Hector Martin claimed the prize this week and has published his source code under the terms of the GPL in a public git repository.

Martin’s implementation includes code for initializing the camera, capturing live video, and processing depth. He has also created a simple OpenGL visualization to demonstrate that the driver works properly. This has been verified by independent testing conducted by other developers. The project is still at an early stage of development, however, and will require further refinement before it is feature-complete. Some documentation bundled with the source code says that tapping into the device’s audio could prove difficult due to several factors, including a cryptographic signature mechanism.

Microsoft is not amused by the open source software community’s effort to build its own Kinect drivers. The company says that it doesn’t condone reverse engineering and has vowed to use technical and legal measures to prevent unauthorized third parties from repurposing the Kinect camera.

Martin intends to use the $3,000 prize to purchase equipment for additional hardware hacking. In addition to handing over $3,000 to the winner, Adafruit has also donated an additional $2,000 to the Electronic Frontier Foundation (EFF), citing the important role that the EFF plays in defending hardware hackers.

This Article Has Been Shared 189 Times!