Windows 8 finally getting opened officially by Microsoft themselves. Tami Reller has said about Windows 8 Hardware Requirements and some other features.

Just after thanking Steve and few lines, he started with “I also do want to provide a brief recap on the œWindows 8 news that we have shared to date.”

Why Tami started to speak about Windows 8 from the beginning?

Microsoft is well aware that there are lot of rumors are spreading via different blogs; even kind of illegal downloads of Windows 8 are available through the Torrents.

It is definitely a good second approach, (first was to Launch the official Windows 8 News Portal). We are interested about 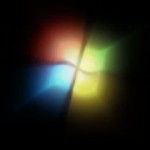 official Windows 8 News, not the rumors and we must appreciate this move and tactics of Microsoft.

Excerpt of Tami’s speech on Windows 8

Windows 7 is the path to the future. This leads me to the second topic that I wanted to take some time on today. How are we thinking about Windows 8 and what does this mean for you and what does this mean for your customers? We are, of course, still in the midst of the development process for Windows 8. The two updates we have provided on Windows 8 so far have been focused. They’ve been focused on readying our hardware ecosystem to deliver Windows 8 devices. And with our most recent update in early June that Steve referenced, we also provided partners and customers a first glance at the new Windows 8 UI.

The next update we will do on Windows 8 will come at our Build event this September in Anaheim. So, at the heart of Windows, at the heart of our ability to deliver Windows 8 is the flexibility that Windows has consistently shown.

He has focused on three Points while talking about Windows 8 :

So, earlier this year we provided a technical preview of Windows 8. It was for our hardware ecosystem, and it was the first time that we talked publicly about the next version of Windows. There we announced that Windows 8 supports a new kind of hardware, system-on-a-chip or SOC architectures that will power the next generation of devices.

We specifically demonstrated Windows running on systems from NVIDIA, from Qualcomm and Texas Instruments, and they were all based on our marketecture. And we also demonstrated Windows 8 on low-power SOC Intel and AMD systems, also showing the great innovation coming on X-86 in the device space. This is a technical preview. We’re still fairly early in the cycle. You saw motherboards and development systems, yet much progress (on Windows 8) has been made. The demonstration that we did itself highlighted the work we had done on the architecture to enable the richness of Windows to run natively on the ARM platform. There we showed support across a full range of scenarios, like hardware-accelerated Web browsing on IE, device support and other features customers have come to expect, including Office apps.

As Steve noted, Windows 8 is a true re-imagining of Windows, from the chip to the interface.

What you’ll be seeing on the screen is a video that we made available on the Web for everyone to get a sense for the Windows 8 experience. The video is posted after Julie Larson-Green’s demo at the AllThingsD Conference on June.

we’ve even designed a new ergonomic keyboard (for Windows 8) that puts all of the keys right under your thumb.

Because it is a PC, it (Windows 8) has a file system. The file system has your documents and photos, your videos and music. You can get to your photos from your existing Windows programs, as well as your new Windows 8 apps. And Windows apps can share information with one another, adding new capabilities to other apps. For example, your pictures will be available on your existing file system (on Windows 8 PC) , as well as a photo service. No copying, no pasting or trying to save things. Just select the pictures, or unselect them. The apps will just talk with each other. And so, as you have more apps, the system just keeps getting more powerful.

Windows 8 will be able to run on a wide range of machines because it will have the same requirements or lower. And, we’ve also built intelligence into Windows 8 so that it can adapt to the user experience based on the hardware of the user. So, whether you’re upgrading an existing PC, or buying a new one, Windows (Windows 8)  will adapt to make the most of that hardware.

This Article Has Been Shared 185 Times!