Advertisement
You are here: Home » Virtualization : Capacity,Inventory and Binding
Advertisement

In the article Virtualization Tips and Best Practices, we listed several important points which (typically) a smaller company or organization, for example an NGO or a department of an educational institute, must give importance before deploying Virtualization with their known limited capacity.

Virtualization has several well known advantages, but if an relatively smaller organization is not aware about the Capacity, Inventory and Binding those are associated or needed for deploying Virtualization, it might be fatal.

If the advisory both received and delivered only a partial information on deploying Virtualization on a particular setup, the result can the loss of thousand of pages of research works.

Resources and inventory in Virtualization

The pursuit of virtualization resources requires a more valid naming scheme than in the physical world because the virtual environments are much more flexible.

In a Virtualization setup,  manual administration may soon no longer keep pace with the increasing number of VMs, so that relevant tools are needed. These include BMC Topology Discovery, EMC Application Discovery Manager or mValent’s Integrity can be used in virtualization setup. 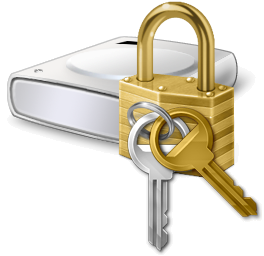 VKernel Capacity Analyzer tools make aware all the VMs in a specific environment deploying virtualization. This allows, for example, discover Zombie VMs that were supposedly deleted it and blithely continue. This is like on VMs that were created only for test purposes and then live longer than planned.

As good practice in Virtualization arena has proven benefit : a new VM will be provided equally in the preparation with an expiration date at which they must be removed. As a rule of thumb in virtualization, park a VM for three months. If it is not needed any more over that period, they can be completely withdrawn from the virtualization setup.

This article, Virtualization-Capacity,Inventory and Binding is written by Ruth Knoll. You can contact Ruth for professional help on Virtualization.

This Article Has Been Shared 541 Times!