Advertisement
You are here: Home » Lock in Effect in Todays Technology and Gadgets
Advertisement

What is Lock in Effect ?

We are discussing about Lock in Effect of Economics. The level of switching costs determine the extent of lock-in effect. Provider are able to bind with this effect in itself, which is also a tool for customer retention.

Strategies employed with Lock in Effect

There are companies that pursue a specific lock in Effect strategy in order to bind the customers to them : they deliberately and intentionally make switching difficult for the customers to another product. So initially they give advantages over the other competitors.

The general principle is that most lock in effects are caused by the customers themselves. It is their own preference which lead to product or vendor specific investments. Usually, this type of bond – even though self-inflicted – and perceived as alien to determine negative.

Typical examples of Lock in Effect

Safety razor blades : As said, this was the first Lock in effect that went widely successful. Gillette razor manufactured by Gillette who sold a patented blade holder, adapted to the safety disposable blades, which were cheap to produce and sell high-margin again to the owners of the blade holder. 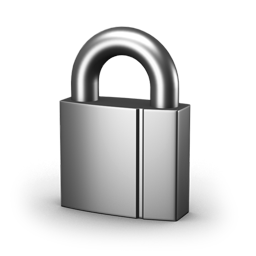 Microsoft, Google and Apple : Several lawsuits has been formed against these companies for employing the Lock in Effect in the basis of antitrust action against a monopoly.

Mobile Phones : Lock in Effect is used both for the SIM card and the battery.

Cameras : Lock in Effect is used for the Lenses and battery.

Inkjet Printers : The cost of Printer is almost nothing, but the proprietary cartridges are modeled with Lock in Effect to fetch money.

This Article Has Been Shared 298 Times!

Articles Related to Lock in Effect in Todays Technology and Gadgets