Advertisement
You are here: Home » Cyborg : Where Biology and Technology Meets
Advertisement

The word cyborg came from cyber and org, Cyborg is used to designate a creature composed of organic and mechanical elements generally intended to enhance the capabilities of the organic parts through the use of technology.
The term Cyborg was coined by Manfred E. Clynes and Nathan S. Kline in 1960 to refer to an improved human being could survive in environments alien. They came to the idea after thinking about the need for a more intimate relationship between humans and machines needed for exploration of space.

A person whose heart is controlled by a pacemaker may be considered a cyborg, since it would be unable to survive without this mechanical component. Other medical technologies, such as the cochlear implant, which allows the deaf to hear through an external microphone connected to auditory nerve can be thought as somewhat Cyborg like idea.

In late twentieth century, the image of the cyborg as a being who is neither human nor a machine. Cyborg is not a robot.

The true story of the first Cyborg

Beyond the imagery of any science fiction, Kevin Warwick is perhaps the most important figure in the development of a true union between human and machine. On August 24th, 1998 Warwick held the Cyborg 1.0 experiment, a chip RFID – which was implanted under the skin with which he was able to control doors, lights, heaters and computers only by the signal emitted by the chip. A second experiment, more importantly, was the Cyborg 2.0 on March 14th, 2004; a more complex chip was implanted into Warwick’s nervous system by means of which he was connected to the Internet at Columbia University in New York and managed to move a robotic arm located at the University in United Kingdom. In addition, he also introduced his wife a microchip with the objective of creating some kind of telepathy or empathy allowing the first purely electronic communication between two human nervous systems. After these Cyborg experiments, no one find any kind of damage or interference to the nervous system, which determined that Cyborg is in success. 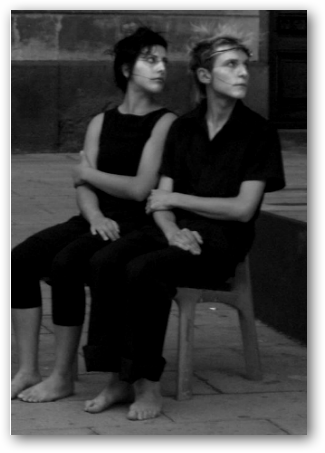 In 2004, British artist Neil Harbisson, co-created and install a eyeborg (eye + Cyborg) to listen to the colors around him. At the same year, British government banned his British passport renewal – Harbisson began a campaign to defend his rights as a cyborg and justified that the electronic eye is not an electronic device, but part of his body and extension of his senses. After weeks of correspondence, including letters from his doctor, his electronic eye was finally accepted as part of his body and his photo with eyeborg included in the passport – yes, he is the first Cyborg who is accepted officially.

Cyborg Foundation is the world’s first international organization dedicated to helping humans to become cyborgs. The foundation was created in 2010 by Cyborg Neil Harbisson in response to the many letters and emails received from people interested in becoming a cyborg. The main objectives of the Cyborg foundation are to extend the senses and human capacity by creating and applying cybernetic body extensions, promote the use of cybernetics in cultural events and defend the rights of any cyborg.

Tagged With relation betweeen biology and robotics in cyborg , where technology and biology meet

This Article Has Been Shared 498 Times!

Articles Related to Cyborg : Where Biology and Technology Meets