Analysis of Cloud Computing Company is a continued topic and this is on the Worlds Largest Public Web Hosting Company The Rackspace Cloud. On our previous article of this series of Analysis of Cloud Computing Company, we analyzed SAP. Rackspace started their journey on 1998. It is not very old company, neither the founder Richard Yoo had relationship with pure technology, he was Pre-Med student in San Antonio, Texas when the company started as a small ISP named Cymitar Network Systems in 1996. Today Rackspace is one of the most important company in Cloud Computing, what made Rackspace a star among the giga competitors ?

In 2007, Patrick Condon (Rackspace) said in an interview to thehostingnews.com, “We realized early on that this business was not about technology. You can fool yourself into thinking that it is ? the Internet, and bandwidth, and servers, and data centers which are all cutting-edge technology but at the end of the day anybody can build an awesome data center with a couple million dollars, anybody can buy bandwidth from the same providers that we buy bandwidth from, and anybody can buy Dell servers, or Compaq, or build their own.”

From the analysis of Cloud Computing Company series it is becoming apparent (which we pointed in previous article as well) – Respecting the Cloud Computing Business Model, is probably the most important to achieve success in the business field of  Cloud Computing. 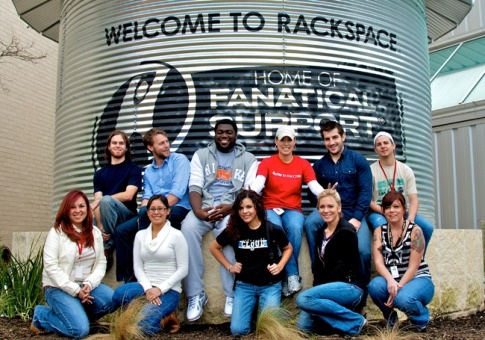 Rackspace never extended their business beyond Hosting, now its Cloud Hosting. Most other services, they fairly works as a traffic police to point towards the best possible solution. The reason is, their target is only to provide the best possible managed hosting possible. Rackspace never went cheaper to compromise with quality of their main focus –  managed hosting for better brands.

The phrase “Traffic Police” we used for appreciation as a part of Analysis of Cloud Computing Company. For example, they have tie up with various third parties, including Tucows for reselling domain names. But the service is only for their customers. They resell at $ 10 for .com, which actually will cost $ 15 outside (with privacy protection and custom name server option). Unlike other web hosting companies, this domain reselling is not even anywhere highlighted. This is a simple example, there are many such examples.

OpenStack fueled Rackspace to ride up more sharply. Rackspace, definitely has shown a mature strategy by their Knight on chess board OpenStack. The striking own Control Panel, tie up with Akamai (for Cloud Files), re-branding Mosso as Cloud Sites along with normal managed and unmanaged Cloud Servers, brought $76.41 million in 2011 as net profit.

Before closing the article, it must have to be mentioned, serverbeach.com is of Rackspace, which WordPress.com uses.

What we learned from the Analysis of Cloud Computing Company, Rackspace are :

This Article Has Been Shared 383 Times!