Computational complexity theory theoretically deals with problems to be treated in mathematically defined computer models,like use of resources or storage space. Computational Complexity is the attempt to define the set of efficiently solvable ways for inherently difficult problems.

Computational Complexity Theory differs from computability theory, which deals with the question of which problems can be solved algorithmically. In contrast, the most important research goal of Computational Complexity Theory is to classify the set of all solvable problems. In particular, one tries to define the set of efficiently solvable problems on the amount of inherently difficult problems.

If you are feeling sleepy after reading the teeth grinding technical words, one practical usage can be – the simple bar visualizer of any music player software – the specific bars go up and down, not to make a graphically entertaining thing but it actually involves quite complex process behind and behind it Computational Complexity Theory works. In our normal computers with free softwares they actually lags by few milliseconds, in professional sound setup, this is purely real time calculation. 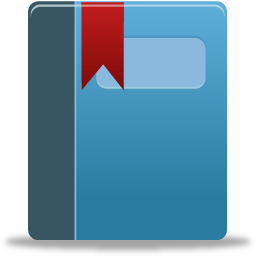 Computational Complexity Theory is really quite complex and has various models. Computational Complexity Theory can be compared with basic Laws of Physics like Newton’s laws of motion. Like the Third law, When two bodies interact by exerting force on each other, these forces are equal in magnitude, but opposite in direction. This is probably not funny for a student to read and memorize these for exam purposes. But the ultimate goal of education is to make few persons who can apply these for further improvement of human life, in some way or the other.

Computational Complexity Theory expresses problems as formal languages like, if 5 peoples are there in a room and one left the room, then how many peoples remained. Its an easy example, the equivalent mathematical expression would be (5-1)=4.

Computational Complexity Theory can do calculation of problems in which logarithm and functions of Calculus are used. Basically the example of simple bar visualizer of any music player software was visual expression of few log charts that is constantly changing.

This Article Has Been Shared 337 Times!