Dynamic Host Configuration Protocol or DHCP assigns the network configuration of an Operating System to allow clients to connect a server. DHCP is regulated by Internet Assigned Numbers Authority, the assigned UDP ports are 67 and 68. With DHCP automatic inclusion of a computer in an existing network without any manual configuration possible. This made DHCP suitable for the Internet Connection Providers (ISP) to allow the user to connect using wireless mobile Internet like USB Modem like devices seamlessly with their integrated proprietary software, using username and password is not required.

DHCP or Dynamic Host Configuration Protocol belongs to core networking technology, normally an average user never needs to know these protocols. But in case of some misconfiguration, like after an malware attack or an hardware’s firmware update, the automatically set parameters such as default gateway, domain name, the name servers, MAC address and others get mis configured and throws error. 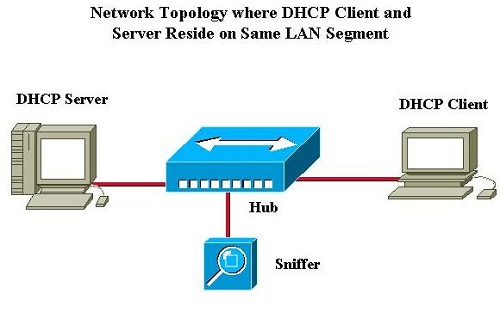 DHCP is basically not intended solely for usage by the ISP providers, it is basically for large networks with frequently changing topology without the need of technical setup knowledge. For this reason, DHCP is referred as Plug ‘n Play networking. DHCP server is like all network services, works as a background process. The daemon or service is started and waits for request to UDP port 67. In its configuration file information is embedded. DHCP can work even on Live Version of Linux like Ubuntu Live. A simple Operating System level wizard based settings is required, not even any software installation is needed to connect to Internet by using DCHP.

Safety and Transparency on DCHP

DHCP can be easily be manipulated, because is designed to to accept any DHCP Server. Inadvertent activation of a DHCP server can cripple a network largely. With this DCHP server, the ISP usually runs a script to set the bandwidth cap of a particular user and his / her device.

In other words, if there is problem is created in DCHP server or the client versus if the DCHP server script itself programmatically has set cap, like after usage of 15 GB at 7.2 Mbps, the user will be provided 164 Kbps for the rest of the billing cycle, it is not possible for an average user to discover the problem.

DCHP is prone to attacks, attacker on a DCHP Server can allocate all addresses of a DHCP server, MAC address spoofing can be done. Unlike a Secured Protocol, DHCP is always prone to attacks and user of DHCP service, must use SSL for social networks, use private key to connect to own remote VPS etc. This vulnerabilities of DHCP is never shown by any ISP for marketing reason, instead like shared servers the cost and speed ratio is shown.

This Article Has Been Shared 877 Times!