Virtual Circuit is usually synonymous with Virtual Connection in a communication network. On each of these logical channels, separate bit of stream can be sent. The concept of virtual connection has the advantage that, during the bundling process of the packets, a multiplexing gain is achieved and the bandwidth of the line is used more effectively.

The division process into logical channels is realized in the transmitting side, the individual bit and the payload of packets are then transported over the communications network. On the receiver side, the payload is unpacked again and the individual bit streams are re-established. The packets has no source or destination address such as a datagram, but a connection identifier, stating at what they are Virtual Circuit. 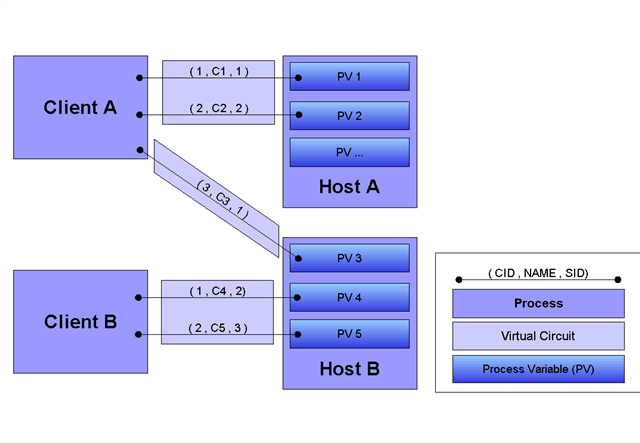 As said the concept of Virtual Circuit has the advantage of a multiplexing gain. This however requires that the individual bit streams is not a constant bandwidth, but have a variable demand. This can be the example of the work between operational data display terminals and mainframes. The multiplexing gain may arise on the one on the line that connects the terminal with packet switching.

In case of  Asynchronous Transfer Mode (ATM) , the connection identifier is like two steps X.25, which is designated by  Virtual Circuit and has a virtual channel identifier or VCI.