QR Code or Quick Response Code is a two dimensional barcode originally devised for the automotive production of Toyota Group, can decode to perform an action like opening of a webpage on browser. It was actually ‘discovered’ in 1994 for tracking of fast moving vehicles by using a imaging device like camera. Further development of QR Code are micro QR Code, Secure QR Code (SQRC) and IQR Code. With time, QR Code has crossed the limit of its usage for vehicle tracking and has extended to bizarre applications like printing on a T Shirt, possibly due to QR Code’s attractive and mystical pattern.

QR code is a square matrix of black and white dots, which represents the encoded data in binary. A specific mark in three of the four corners of the square represents the orientation. The data in the QR code is protected by an error-correcting code. Characteristically, loss due to distortion of up to 30% of the code can still be decoded.  There are several standards that describe the coding of QR codes, like : 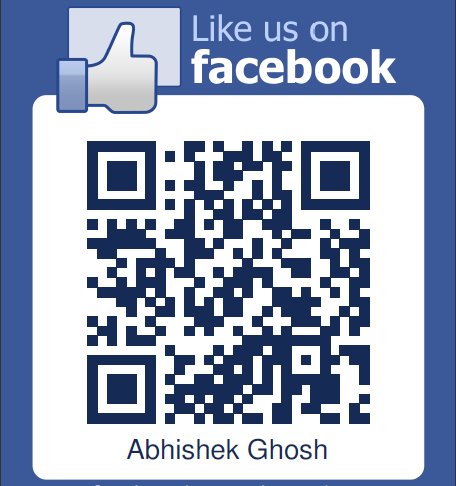 In the QR Code there is the (1) version information (2) the used data format. The data portion (3) contains the coded data in a redundant form. To the boundary, QR code contains only three of its corners a particular pattern (4). Due to the lack of pattern in the fourth corner, the reader recognizes the orientation. With increasing size of the code further samples (5) are added, to make the orientation of the code more visible. Between the three main position markers, there is a line (6) of a sequence of strictly alternating bits what defines the matrix. 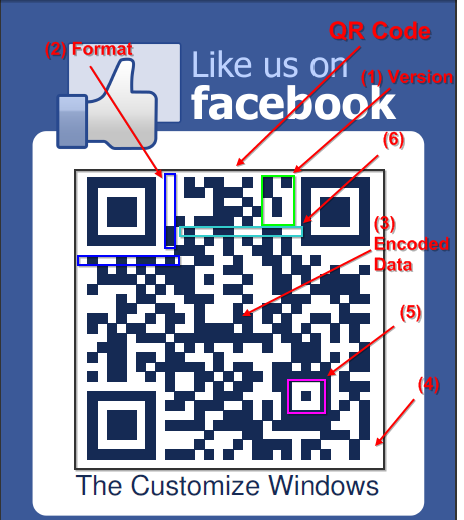 Usages and Other Notes on QR Code

In addition to its original purpose; that is the use of production logistics, QR code is now used in many other applications: for example, a timetable and navigation aid at stops of any public transport, as a guide for the shopping list or even as a mobile business card. In advertising QR codes hold quickly additional information, such as product videos or access to websites with or without competition or even directly to the App Store link with the ability to download programs. In museums in Canada, the QR code is used in order to give the visitors the opportunity to get more information via the internet. Previously we published a guide on create a QR code (Quick Response) for your blog or Facebook page.