MagSafe Power Adapter was released on 10th January 2006 together with MacBook Pro on the Macworld Expo and since it is present in the models of MacBook Pro and MacBook Air. The primary objective of this quick release connector is the avoidance of falls associated with sudden pulling of the power supply cable when the laptop is being charged from the main power supply.

The holding catch point of the plug in the corresponding socket to the power charging port is done using magnet. The metal body of the power supply connector is held by magnetic force, it is inserted just by taking the MagSafe Power Adapter’s charger end towards the port on the MacBook Pro or Air. MagSafe Power Adapter is characterized spring loaded gold contacts which are brought into the contact and pressed by magnetic force, not by pushing it. With a powerful pull on the cable from in any direction, the plug is released eliminating the risk of accidents that can occur with stepping in to a cable or physical damage of the laptop for the pull exerted which might break the glass parts when placed on a height from the hard flooring. 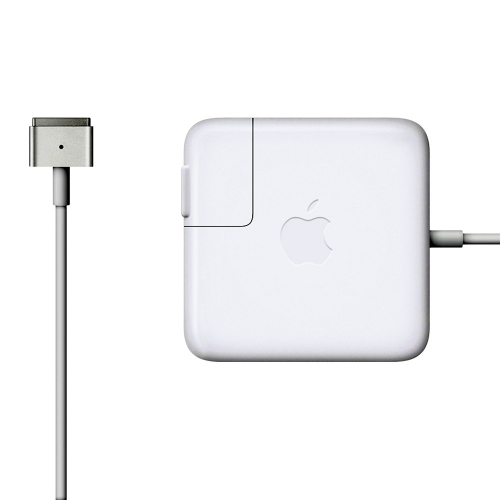 This design also prevents the power jack on the board inside the machine from breaking or damage due to a loose connection. This can happen with conventional connectors when the power plug is bent outward and is particularly the case when the power plug is before packing a notebook not deducted in a bag. The round connector is constructed symmetrically, so it can be snapped in to charge from both directions. On the lateral faces of the plug there are two multi color LED that indicates the state of charging: orange means charging, green means completely charged; one can switch off the mains or snap it off from charging port to disconnect. Apple officially recommends not to keep on charging for better battery life (battery calibration and maintenance) unless any prompt appears to keep the external charging on, for example for an upgrade of OS.

Apple exclusively owns the patent of this full design :

The power white box, has two option to attach to the mains. One is by using the box directly using a short adapter named as duck head or by using the provided long cable with the ground pin. This box has two snap function clips at two corners for winding the cable : 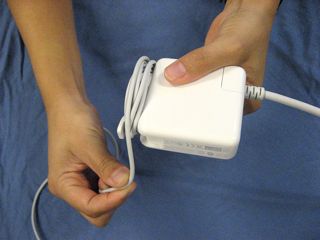 Apple recommends to use one clip to use it as corner support while charging to reduce direct pull :

Here is the attachment base on the body of the white box for popularly known duck head or optionally the cable : 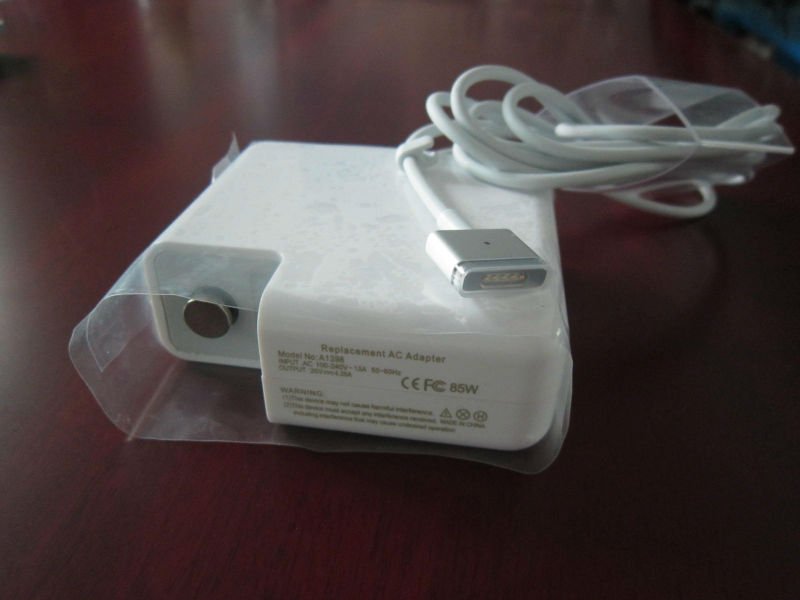 Other frequently suffered minor problem is the sensation of ‘vibration’ or ‘tingling’ on the aluminum body,when the two pin duck head is used; i.e. when there is no Earth. This happens due to static electricity on aero grade polished Aluminum unibody. Using the longer cable with 3 pins or not grounding the body of the user (like not touching feet to floor) or using an earth cable on the body avoids this small issue. It has no practical side effects, indeed it indirectly repels the dust particles which are charged to the opposite by various other factors present nearby or the body itself.
We recommend to contact Apple care if the sensation is present even if using the Earth pin enabled cord or not grounding own body or the shock is detectable by a tester or disproportionately high.

This Article Has Been Shared 515 Times!