Red Hat Virtualization comes in to question for their work on Linux and open source solutions which fostered innovation, adoption of virtualization and cloud. There is a word in Shi’a Islam – Qay?mat. It denotes that Almighty will raise mankind for Judgment. Whether it will true in real life, one might raise doubt but definitely for Microsoft, Red Hat really cornered in various ways. From Server Operating System to Cloud Computing. There are quite serious efforts from Red Hat in Cloud Computing in recent past and apparent the users, at least for our website; appears to be happy with Red Hat’s Free PaaS solutions. Even a developer had not much connection with Red Hat before Red Hat OpenShift. Where there’s smoke, there’s fire. Where is Cloud Computing, there is obviously Virualization solution behind.

For much of the last decade has gone like this : if you wanted an enterprise-class virtualization, there was no alternative to VMware. Nowadays almost 50% of x86 workloads are virtualized. As enterprises extend its range of application, even the end consumers are evaluating alternative platforms like buying a commodity. Results is an independent benchmark of Virtualization – called SPECvirt. It is conducted by the Standard Performance Evaluation Corporation (SPEC) to show the benefits in terms of performance scalability.

Experts are expecting that the potential for a data center to have multi-hypervisor will be a norm after 2013. Red Hat Virtualization is an attractive alternative open standard marketed by Red Hat, which is known for providing cost effective solutions. As several companies have found that single-vendor strategies for operating systems or hardware do not make sense in a world of flexibility, we expect that competition is not finished yet. 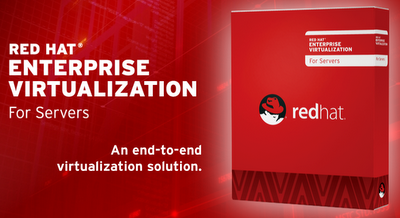 The first wave of virtualization being driven by the consolidation of Windows server, historically dedicated to a single mission-critical application: the companies did not use the same server for Exchange and SQL Server database, for example. For this reason, server dimensioned to handle spikes, in many cases were underutilized. The resulting proliferation has complicated the administration, increased costs and resources available to the organization was left unused.

The Linux workloads, on the other hand, are more easily present on the same need and this has allowed a higher utilization rate than their equivalent Windows OS. Some research analysts indicate that where workloads are virtualized the ratio for Windows : Linux is 6o:30, probably because they did not need to virtualize to achieve a higher use of resources.

Just like, Red Hat actually contributed good for not only to OpenShift directly but also for CentOS, Fedora like projects indirectly, it is probable that VMWare will start to loss the market, obviously sweeping Windows OS to further away.