Advertisement
You are here: Home » Types of Virtualization and Cloud Computing and Their Differences
Advertisement

The term Virtualization means the creation of a virtual computational resource which normally supplied physically as a hardware platform with an operating system and a storage device or a network resource. The operating system of a computer provides a separation between the physical resources available and their use by the user, through the creation of the logical components to a higher abstraction layer. Virtualization operates a function logically similar, constructing a plurality of logical perspectives on physical resources, each of which can be used to interact with a particular user as needed. Virtualization constructs an isomorphism between the virtual and the real system.

The software component that provides the interface for the virtual machine with the platform on which it resides is called a virtual machine monitor or hypervisor. There are two basic types:

Type II Hypervisor : The hypervisor is running on the host operating system, which in turn lies on the physical platform. It is particularly effective in situations where user want immediate access to both the host operating system (usually the user’s desktop OS) and the guest OS. It provides all supportive services for virtualization, but relies on the host system in memory management, resource allocation, scheduling and  drivers. Known examples of hypervisor in this category are VMware and VirtualBox.

There are different types of virtualization, not necessarily based on hypervisor only :

Hardware Assisted Virtualization : Also known hardware virtual machine (HVM) or native virtualization. This is an approach to full virtualization in extended condition, wherein the processor provides the architectural support to facilitate the construction and the hypervisor forward calls of different guest operating system directly to the physical hardware, increasing the overall performance of the system. Xen hypervisor, VMware, VirtualBox and Hyper-V are compatible with this technology.

Paravirtualization : Hypervisor does not simulate hardware, but it presents a modified interface functionally similar to the real one. The interface takes the form of a set of APIs called Virtual Hardware API, which are designed with a view to be used by a specific virtual machine. The lack of hardware emulation results in better performance, but the guest operating systems need to be reviewed to ensure compatibility with the virtual interface, identifying less flexibility in the solution. The Xen hypervisor is compatible with this approach.

How Virtualization and Cloud Computing  Differs 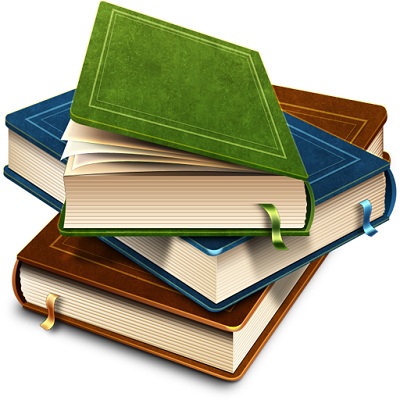 Many IT departments have introduced virtualization in a pre-existing computing environment. Server consolidation with imitation of a production environment, virtualization of networks, addition of disaster recovery options are just some of the applications taken through virtualization.

Many IT professionals recognize the benefits of virtualization, including better use of server or cost savings associated with reduced overall dimensions, but now that we are heading towards the era of cloud and a frequently asked question is: “Is virtualization and cloud are same thing? ” or “We are already implementing a high level of virtualization, do we need to turn towards private cloud?.” To answer these questions we must first ask what are the business problems that you are about to face. And with a given response but we must clear the difference between these two technologies. Virtualization and cloud computing are not the same people, approaching towards the objectives are of different perspectives and with different levels of impact on a business or result.

Virtualization in IT has the meaning of isolating the computing resources in a manner such that an object (which may be an application, an operation or a component) in a layer that can possibly be used without the concern of changes in the underlying layers. Virtualization provides shared computing resources, thus offers the opportunity to relocate and consolidate resources isolated for better use and greater efficiency.

IaaS implies the ability to provision of infrastructure on demand. For professionals supply of infrastructure for the operating results in the distribution of server. And in the context of cloud computing, all servers are virtualized and distributed in the form of a virtual machine or VMS. So, IaaS is ultimately the ability to deploy virtual machines on demand. This attribute “on-demand” must not be taken for granted, it is a term with a strong meaning in cloud computing. This means high accessibility and availability at any time, allowing self-service and universal access. In order to provide a service on demand is necessary to check and measure, so that the capacity can be planned accordingly. That said, it is clear the advantage of cloud computing with respect to virtualization. The self serving is not a key component in virtualization can be implemented on the inside. In cloud computing instead the self serving it is a fundamental concept to provide the availability to a user. Virtualization is focused on virtual machines and rooted in the management of infrastructure, operations, flexibility and distribution.

Application of virtualization in cloud computing

There are several possible models for Server Virtualization. A classic example is one in which the virtual machines reside directly hypervisor, which may be of both types – native (Xen) or hosted (VMware) or on an operating system that supports the Operating system level virtualization (Linux with OpenVZ). The entire infrastructure including hypervisor or operating system does not necessarily lie on the physical server permanently. It can in fact be stored as an image (for example in a network SAN) and loaded on-demand when necessary. In addition, the virtual machines can be rented for a variable period, from a few hours to several months. Desktop Virtualization is the term refers to the principle of separation of a desktop environment from the physical machine remotely responsible for implementing it through a client-server model.