Advertisement
You are here: Home » PRISM and Cloud Computing : Its SaaS that will be Rghtly Killed
Advertisement

Now we can not help but smile and shake our head to many Governments and business. The approach of NSA and GCHQ but one absolutely simple and rigorous. If the services do not act as it is now known, they would simply not fulfill the mission. The surgical procedure is evidence of a clear analysis of the data. For data that are stored in the network, it is best to find the locations. Therefore NSA took Google, Facebook, Apple, Amazon and Co. For data that is not stored, is only transmitted through the cables. The part, the British have taken over because, in England both the trans-Atlantic cable and the routes to Europe and the Far East pass though.

As indeed was already known, the data also be shared willingly with the Americans. Americans means the Government. British who are ruling. A general American or British has really nothing to do with anything – its important to emphasize for the fact, there can be misunderstanding by the readers in this context of Prism and Cloud Computing. The American and British population is not all that bad. It is, after all counterterrorism. Which is true. Which is true for India – there is technically no difference between the Mumbai Blast and Twin Tower blast. Innocents died. Somehow, the information is dangerously being exchanged, secretly. Therefore, there should a way exist to resolve the problem through diplomatic channels of the world. The companies would be able to defend theoretically. However, only in theory!  For one, they are just in the United States under a strong “patriotic” pressure, on the other hand, the NSA and the entire U.S. government, of course, for companies such as Microsoft and Cisco, one of the most important clients or an important location factor. Therefore, the defense will not have been very large point.

Prism and Cloud Computing : It is Governments’ Anger Why Apolitical Will Get the Power 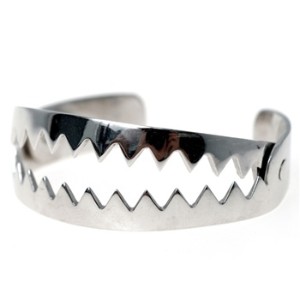 Governments, are imperialistic. There is absolutely no difference between a King of 500 years back who exists in the pages of History book and our great Republic Nations. Do you think that an average human from Pakistan will take a Gun and intrude to India or US ? Come on, if you run an online vote via personal messages – the answer will be no. War is important to continue – war is important to continue because the ammunition manufacturers have to make money.

Internet is a threat to the Governments – it makes the whole World to come very closer. From technical points, business points – Google, Apple, Microsoft, Facebook – all are bigger than any Government – on the brand value. Richard M. Stallman’s sayings are very true – all these companies has some flaws or may be immoral points. But, if WordPress is asked to give data, how much they have to do ? Understand the real fact – Politics is another name of Imperialism, which actually was not the intent to create a century ago. The real truth is – you can not say against your country’s policies.

Never forget – its WordPress, Microsoft, Google and all these companies funds the non-profits, how much the Governments donate for a Free Software Project ?

SaaS or Software as a Service, by design is very difficult to get rid of Prism and Cloud Computing effects – the architecture basically makes the user susceptible. IaaS obviously more secure. Really we can not blame a business just because they are badly pressurized – they could deny, shut down their business and say goodbye to the employees – the employees will suffer, a Government will hardly do anything more than declarations.

Articles Related to PRISM and Cloud Computing : Its SaaS that will be Rghtly Killed