Most new electronics enthusiasts even do not read basic articles on Servo Motor like that of from us. Some even think that metal gears are good for servo motors in all situations.

Bad points are not huge in number for basic DIY robotics. 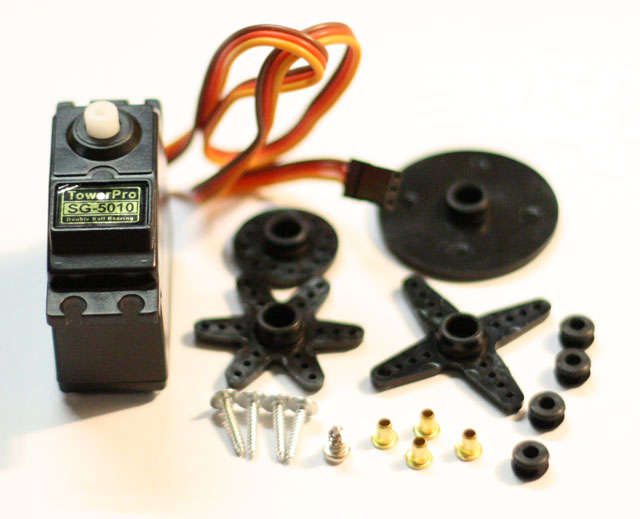 Getting Started With TowerPro SG 5010 and Arduino, Upgrading Your Collection

Apart from using the servo motor for rotating sensor for basic robotics, you can buy “clamp gripper bracket” / “robotic gripper” for the purpose of creating robotic arm. Here is basic sweep compatible with TowerPro SG 5010 :

Robotic grippers are one part. Another part is using splines, sprockets with chains for maximizing the needed effective force for work. Like we wrote above, Futaba compatible stuff is compatible with TowerPro SG 5010.

TowerPro SG90 Servo is analogue, bushing instead of double bearing and costs next to nothing ($2 per piece). There is no basic physical component difference between a digital servo or an analogue servo. The difference between the two is in how the signal is processed to power the servo motor. Digital servos are power-hungry. We have not trashed TowerPro SG90 Servo for not being analogue but purchasing one servo motor suits more with TowerPro SG 5010. It has a ball bearing and a lot of splines. TowerPro SG 5010 is a general-purpose, powerful servo motor.