Advertisement
You are here: Home » What is Data Mart? Difference of Data Mart With Data Warehouse
Advertisement

In earlier publications on this website, we already discussed some of the basic, must to know matters around Big Data. Related to current topic they are Theoretical Foundations of Big Data, Data Lake, Data Refining, Difference Between Data Lake and Data Warehouse, ETL (Extract, transform, load) etc to mention a few. We often hear discussion around Data Mart. What is Data Mart? In simple language, a data mart is a special version of data warehouse. Data marts are small data warehouses focused on a specific business area or topic within an organization.

What is Data Mart?

According to Sinnexus (2016) Data Mart is a departmental database which is specialized in storing the data of a specific business area. It is characterized by having the optimal structure of data to analyze the information in detail from all perspectives which affect the processes of that department.

The existing data in this context can be grouped, explored and propagated in multiple ways so that different groups of users can exploit them in the most convenient way according to their needs. The data mart is a query-oriented system, in which batch data loading (high) processes occur at a low and known frequency. It is consulted through OLAP tools (On Line Analytical Processing) that offer a multidimensional vision of information. On these databases can be built EIS (Executive Information Systems, Information Systems for Executives) and DSS (Decision Support Systems, Decision Support Systems).

Data virtualization software can be used to create virtual data marts. They as like normal Data Mart will pull data from disparate sources and combining it with other data to meet the needs of specific business users.

Reasons behind creation of Data Mart are usually : 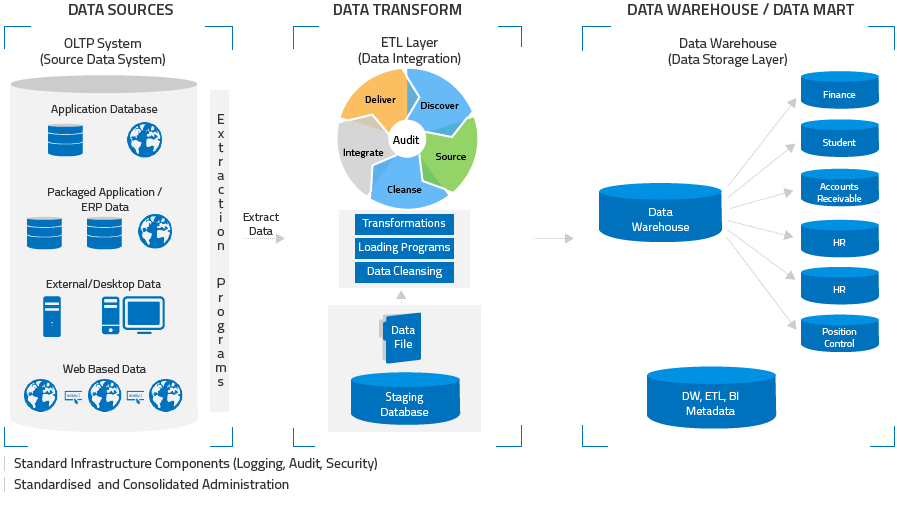 Two usually common. One is star schema which is a popular design and enables a relational database to emulate the analytical functionality of a multidimensional database. The other is snowflake schema.

Tagged With What are data marts? How do they differ from data warehouses? , a dependant data mart recieves all of its data directly from one or more sources systems rather than from a data warehouse , By January 7 2018 10:08 am UpdateABHISHEK GHOSH d on April 25 2018 , data schema data mart , integrating source system with Data MArt

Articles Related to What is Data Mart? Difference of Data Mart With Data Warehouse