Advertisement
You are here: Home » Getting Started with Node-RED for ESP32 Arduino (localhost & IBM Cloud)
Advertisement

Node-RED was originally created by IBM emergenging technology. It is an open source software. It is a flow-based development tool for visual programming for wiring together hardware devices, APIs and online services as part of the Internet of Things. You will Node-RED not only for ESP32, but also for several other boards. As step of learning, we should first install it on localhost to get used with the basics. Later, we can easily launch instance of Node-RED on IBM Cloud and connect our ESP32.

In case of IBM Cloud’s Node-RED we are getting them running in preconfigured manner. Node-RED has dedicated website with detailed guide. Like for installation of Node-RED on Microsoft Windows 10 :

First we will download and install Node.js for Windows :

Then we will launch Windows Powershell, and issue the following commands :

You can open http://localhost:1880 on your browser to view the web UI. You will get guide to create flow :

You can add normal Arduino (like UNO, not ESP32) with Node-RED :

Playing around Node-RED will make you used with the thing and help to become easy to work with Node-RED on IBM Cloud as production instance. 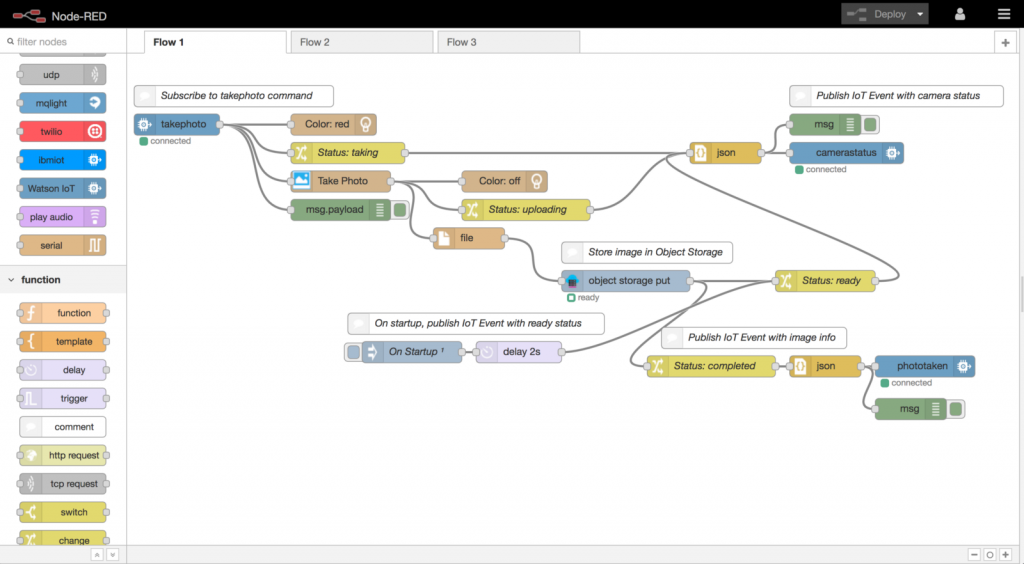 Go to control panel of IBM Cloud/Bluemix (I use console.bluemix.net). We will use Bluemix Node-RED Starter.
Go to catalogue and search for “Node-RED Starter”. Choose “Node-RED Starter” and fill information. You’ll get 375 GB/hr per month free. With that, you can easily test, run and delete the instance after working. Here is documents for Node-RED on IBM Cloud :

Click “Create” button and wait for 10-15 minutes to get the things deployed (you’ll get 404 Not Found out of doing hurry). As soon the instance gets deployed, you can add username, password through the web wizard and login to Node-RED flow editor.

Click “Restage”. It will take some time. Now you can play with IBM Cloud’s Node-RED flow editor making ESP32 active.

This Article Has Been Shared 867 Times!