This is the continuation of the forth part of Fields of Application of Big Data. Illnesses increasingly occur in old age. Even if the causes are different, the health usually deteriorates only among the older peoples. The latencies of diseases are often high, so that they occur only in middle and old age. In addition, secondary diseases are possible due to previous illnesses. This allows the big data application area to be assigned to medicine of the older generation.

Healthcare is evolving from reactive medicine to preventative medicine. As a result, diseases can be detected earlier and treated or even prevented. The healthcare industry is becoming more and more a personalized medicine. The patient should be helped individually. One possible positive side effect is the cost reduction in the entire healthcare system. Various institutes have developed Big Data Analysis methods to analyze medical data, identifying the conspicuous patterns and monitoring the entire clinical environment.

In order to realize the personalized medicine, big data analyzes are needed to evaluate huge medical data. In addition, hospitals and laboratories, among others, join together to create larger networks of knowledge and treatment. Such databases can then be used in evaluations.

Such analyzes can be found under the term Big Data in Healthcare. The focus is on gaining great health data. The patients themselves should also receive more information in the future and be more individually involved in the course of illness and treatment. In particular, new treatment methods and courses of treatment allow personalized medicine to be extended to previously unaddressed markets. However, the markets in emerging and developing countries still need to be explored.

The social networks are also sources for the analysis of medical records. These data are needed to collect and evaluate any side effects of medication. Useful information in such networks or on-line forums are the treatment methods where patient satisfaction was greatest and personalized treatment was the most reliable. Using this unstructured subjective data, big data can be used to create a common pattern that, despite the subjective influences, can produce a generally objective insight. Crowd knowledge of end users is thus used. 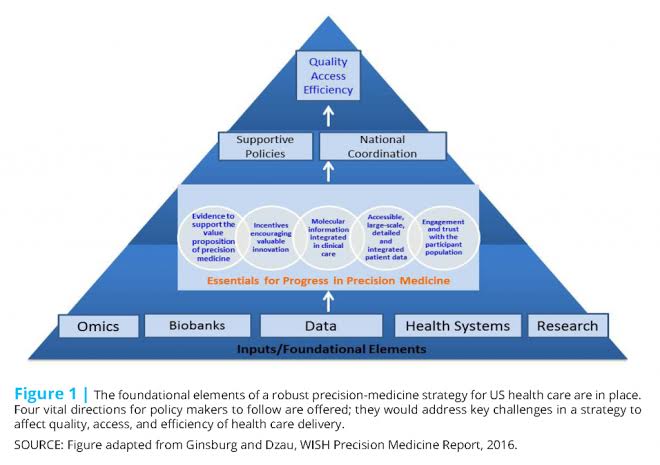 There are many medications with strong side effects that are still not taken off the market. Without such analysis, alternative therapies or drugs remain unrecognized, and drugs with far-reaching side effects remain in the market. Such results can then be used by manufacturers for further or new product development. In terms of personalized medicine, future changes in the pharma business model are expected.

Application big data in the field of public life

The first basic need for Rosenberg is the physical well-being. Each individual is guided by their own basic needs. This means that needs that fall into this category are most important and should not be missed. If one of these needs is missing, the state is usually responsible for intervening. The government is indirectly helping to satisfy the need for physical wellbeing through the Smart Data promotion program, which encourages businesses to unlock the potential of big data technologies and advance research in this area. The effects can be manifold. They express themselves in, for example, customized offers or even more efficient processes in companies. One application example of big data process optimization is the automated evaluation of patient data. Innovations in the healthcare industry can have a positive impact on patient care and thus on the overall health status of the population.

In medicine, there are many measurement and diagnostic tools that serve as data sources for patient data. They produce text, audio, and image data in both structured and unstructured form. In various projects project, a uniform model is need to be created that can record and process all of this data, regardless of the illness or device type. It is designed to provide the treating physicians with all clinical data about the patient in one place. The research focuses on the development of a holistic model, which is extensible and should also interface with manufacturers of clinical equipment, so that the vital data can be assigned directly to the patient. Thus, a basis is laid for further follow-up projects, which can range from comparative analyzes and collective knowledge generation of clinics to the decision-making support of physicians.

There are cloud-based solutions for the patient files which should be made legally secure. Particular attention needs to be paid to the question of data protection and protected access to this highly sensitive data. What does that mean for health in general?

Research into methods that can produce a faster diagnosis and even generate reliable therapy suggestions in the future can contribute to the general state of health and, with particular success, can also raise the cause of disease diseases to a whole new level. These examples from the healthcare industry should make it clear that currently used processes are not always optimally coordinated. In healthcare or medicine, the patient record is an example. Consistent digitization of patient data enables computer-aided analysis that helps clinicians diagnose, because they can extract results from many data in the shortest possible time. Despite the benefits, the risks associated with processing and storing such highly sensitive patient information be kept in view and minimized. This is the biggest challenge for big data projects.

In addition to the impact of more efficient process design, another project to tailor supply to demand required to be carried to help businesses and public institutions located in a particular region respond to local trends. Such an innovation can be used in the future to respond to deficiencies or to anticipate emerging needs. Earlier, trends from surveys of data were predicted to be studies or surveys, using a more and more widespread approach in the area of ​​big data to analyze local mass data for this purpose. For example, bulk data includes: search queries, transactions, or even unstructured text from posts on social networks, which come directly from the citizens or residents. An analysis should determine the needs, such as certain foods or consumer goods, which contribute to the physical well-being of the population living there. These needs could not have been found out in the traditional way.

These examples make it clear that the state is making research possible through innovative support programs, especially in the area of ​​big data, through the different projects. Research that could not afford financially especially SMEs in Germany without a corresponding funding program. However, this can produce methods that have a practical use and the potential in the future not only to better identify the need for physical well-being of public life, but also to make an offer for satisfaction.

The task of maintaining public security as a further basic need is also incumbent on the state. Police officially needs data for the protection of the population and maintenance of the public security. This should not be achieved by totalitarian surveillance, but targeted searches. In the past, officials with many years of experience and good intuition were able to avert many dangers and crimes that emanated from people. Analytical methods can theoretically replace an intuition or accumulate experience in the form of data. First and foremost, however, they are an aid. This can limit crime, because dangers can be detected early and, if necessary, averted. Big data technologies can help to increase public safety.

Analysis systems that analyze and analyze both recorded data and real-time data to protect the public from dangers. These projects are not just about identifying as accurately as possible, but also about further effects of events. Using two examples, the term preventive safety becomes clear: Terrorism often starts from individuals who are difficult to identify in the mass. This is not only very difficult for the security staff, but almost impossible. Various tools should make it possible to analyze people and their behavior automatically on video images. A comparison can also be performed with a database that describes conspicuous behavioral patterns. Another example can be the projects which try to anticipate a possible natural disasters and to suggest preparatory measures. Thus, critical infrastructures can be protected from damage.

Predictive policing refers to collecting data from different sources to make predictions about future crimes. Policemen should be supported by software and use the opportunity to prevent crime through presence. Past crimes can provide clues to specific patterns that this software recognizes using complex algorithms. According to these patterns, the software can then anticipate events and make recommendations for action. It is then up to the decision of the police whether they follow the recommended action. The statements of such a system should continually improve with every new crime that is introduced to the system.

However, it is difficult to make statements about the effects of such a system because crime is difficult to predict. Thus, a scientific proof is hardly tenable. Whether the police, led by the software, has contributed to a reduction in crime, has generally declined, or even shifted to other areas, can not be measured by scientific methods.

Globalization takes place at all levels, including organized crime. The terrorist attack on the World Trade Center on 9.11.2001 is also a sign that terrorism has taken on a global scale. Since then, significantly more effort and financial resources have to be invested in safety and also in international projects. Big Data will be almost imperative in processing all monitoring data to ensure security, as people today can not handle capturing and evaluating the bulk of all surveillance data. In the next part, we will discuss some other use cases of big data.