Advertisement
You are here: Home » Relationship Between Process Mining and Business Intelligence
Advertisement

Process Mining is an innovative discipline among Big Data technologies that makes it possible to analyze and map processes out of data. While process mining is already widely used, it is often underestimated in terms of process management potential, and when applied properly it creates a high degree of process transparency.

What is Process Mining?

The thing which differentiates process mining from classic BI is the display of data using process flow diagrams. The reconstructed process data are graphically displayed in a process mining tool, particularly using such diagrams. Process mining does not model a specific process model, but only works it out. So, for example, if you don’t find your Kanban process in the technically validated process representation, you actually don’t have the implementation of this concept of process organization. In many tools, however, the reconstructed actual processes can be compared with a theoretical process model (especially the target process).

Some of the providers of such tools differ greatly in terms of functionality, cloud availability and enterprise capability. Partly because of the fact that they come from different directions – desktop application for process mining, cloud-based suite which combines process mining with process optimization and automation and so on.

Is it a technical or analytical methodology?

Process mining is a buzzword that certain BI tool providers would like to take for themselves. Process mining is an analysis method that involves the reconstruction of processes from log data and other data tracks in IT systems. It is particularly important to understand that process mining is not an automated magic tool, but an analysis tool that requires a bit of experience and expertise on the user side. Even though the word reference is obvious, process mining has hardly anything to do with data mining. The latter is a collection of methods for mathematical algorithms that independently work out structures from data that were not previously visible. It is interesting, however, that the mathematical data mining methods are now also being used in process mining – but more on that later. Currently, process mining is a process that requires at least one data engineer to combine data into a protocol using SQL or a programming language such as Python. 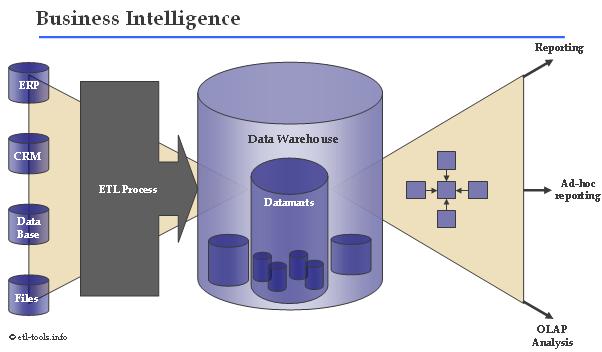 Process mining and business intelligence have so far mostly been discussed and applied separately. Business Intelligence deals in particular with the structured provision of dashboards that are updated at least daily and provide quantitative information about the current company situation. Business intelligence is traditionally retrospective or can report on the current situation almost in real time, as is the case with process mining. Process mining is a sub-discipline of BI that does not focus on general KPIs but on process-specific KPIs.
Today process mining is an integral part of the process world. In the future we will see a much stronger integration and integration with ERP, BPM, RPA and other systems. Some ERP system providers are already on the trend and are working on in-house event logs or process mining-compatible protocols to lower the hurdles for process control. The external appearance of business intelligence is characterized by dashboards that use BI tools to display information with tables, bar charts and histograms. They show data in absolute and relative values ​​as well as their distributions. In the future, BI systems will also be supplemented by predictive analyzes and thus enable a view – albeit a little blurred – of the near future. These include, for example, forecasting models for sales, warranty claims or purchasing requirements.

This Article Has Been Shared 920 Times!

Articles Related to Relationship Between Process Mining and Business Intelligence