Advertisement
You are here: Home » Compatibility issues with Flash, is HTML5 the solution?
Advertisement

Flash has long been seen as a necessary evil for online game developers. From the beginnings of online gaming portals, Flash has long been used to create games. However, it has a lot of negatives that come along with the ease of use. It’s seen as a not very secure development environment, it’s often extremely slow for more complex games and in terms of compatibility, there are wildly different requirements for different platforms.

However, in recent years there is a new contender that has entered into the online gaming world. It’s a common misconception that HTML5 allows developers to create interactive media directly into a webpage. What it does is allow access to several different languages, such as JavaScript, where interactive media can be presented to players. This is how HTML5 was able to compete with Flash and eventually show that it was a superior way to develop games. By offering access to a lot of different ways to create, HTML5 was able to step out of the shadow of Flash and create a whole new way of developing for online players.

Flash in the Past

Flash has always been used for developing online games. It allowed games to be created quite easily and without too much hassle. However, one big caveat was the security issues that it provided. Flash has often been seen, sometimes unfairly, as a security risk. It meant that even if there wasn’t a problem, people were reluctant to trust Flash to play games. As such, developers have been looking for an alternative for a long time. Another issue that Flash offered is that it’s not compatible straight “out of the box”. It often took a significant amount of work to get it working with browsers, this was especially the case with mobile browsers. As such it meant that players weren’t always able to play their favorite games on their favored method of play.

This left a lot of developers frustrated as they would often have to create another version of games to give mobile players a version they could enjoy. This took up a lot more development time and cost developers much more in resources. It sometimes meant that mobile players had to go without the ability to play their favorite games. This is one of the biggest reasons that developers were so happy about the introduction of HTML5 to the world.

The end of Flash

Even though HTML5 offered a significant improvement in development cycles for mobile games and allowed for much wider compatibility, not all developers moved over to Flash right away. Part of this was because it would mean learning new skill sets. This was seen as a large investment that would eat away any benefits that HTML5 would offer. However, there was one industry that embraced the coming of HTML5. Online casinos took to HTML5 like a duck to water. The main reason behind this was because it would allow players who used the sites on mobile devices to access a wider range of games through their mobiles. It meant no more offering 40-50% of titles to mobile players, casinos could begin to offer 80% or more. It made a huge difference to the market and meant that many more players were persuaded to open mobile accounts with online casinos. While this was certainly an important milestone, it wasn’t what persuaded online game developers to move away from Flash for good.

This came when lots of different browsers made it clear that they would no longer be supporting Flash going into 2021. This news meant that developers had to begin moving away from using Flash. Because any new releases would have a very short lifespan, creating them would be almost pointless. This caused a shift in the industry and meant that more developers began using HTML5 to create games. It also meant that a lot of different creators saw how versatile HTML5 was. A good example is the game “Game Dev Tycoon” from Greenheart Games. This isn’t a browser game, but it was created using HTML5. This allowed the title to be ported to mobile devices relatively easily. It meant that the company was able to increase overall revenue without a huge amount of extra work. This increase incompatibility means that HTML5 could well be the future of game development.

The need of today’s world is cross-device and cross-browser compatibility and SEO friendliness. Flash was lagging far behind in the modern world of the internet.

At the moment Flash isn’t quite dead. However, it’s safe to say that it’s on its last legs. Perhaps the beginning of the end was when Apple said it wouldn’t be supporting Flash on any of its devices. Whatever the start point for the end, Flash has had its day. There may well come a day when HTML5 is in a similar position with a new, more advanced environment offering developers a better way to create games. However, until that moment HTML5 looks like it is the future of online gaming. HTML5 is open source and does not need any extra browser plugin. 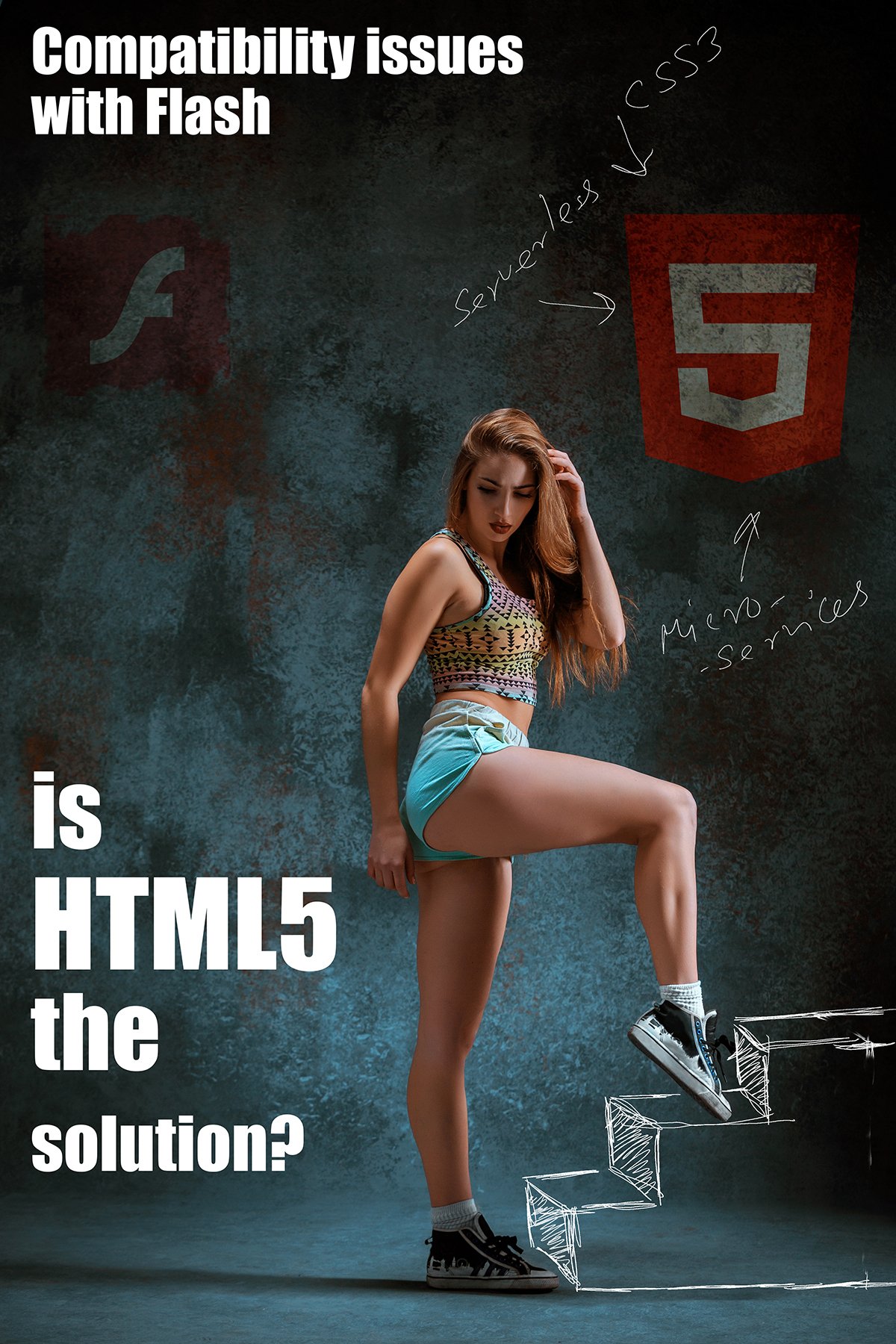 Some of the larger companies including Apple and YouTube discontinued supporting Flash. The above discussion clarifies that the new developers are also moving to HTML5 for building web applications. Not only it is the security concerns which killed the Flash ecosystem but there is a shift of paradigm in the software development world. Various cloud-based solutions started to appear around the year 2008. Today, there is serverless computing to make most out of HTML5 with least capital investment. Needless to say, HTML5 is SEO friendly, CSS3 increased the ease of development, and HTML5 functions with audio, video capabilities increased interoperability. The total development becoming more future proof.

Articles Related to Compatibility issues with Flash, is HTML5 the solution?