A Harvard Business School study concluded that there is strong evidence of the correctness of Conway’s law. For all of the 12 products, they studied from 5 different fields of application (financial management, word processing, spreadsheet, operating system, database system), the coupling of the organizations developing them correlated with the modularity of the products.

Suppose a company is contracted to implement a large software system. The contractor has three developer groups, E1, E2 and E3, working together on the project. Conway’s law now states that the developed software system is likely to consist of three large subsystems, S1, S2, and S3, which will be implemented in a different developer group. More importantly, the quality and type of interfaces between the subsystems (S1-S2, S1-S3, S2-S3) will reflect the quality and type of interpersonal communication between the relevant developer groups (E1-E2, E1-E3, E2-E3). 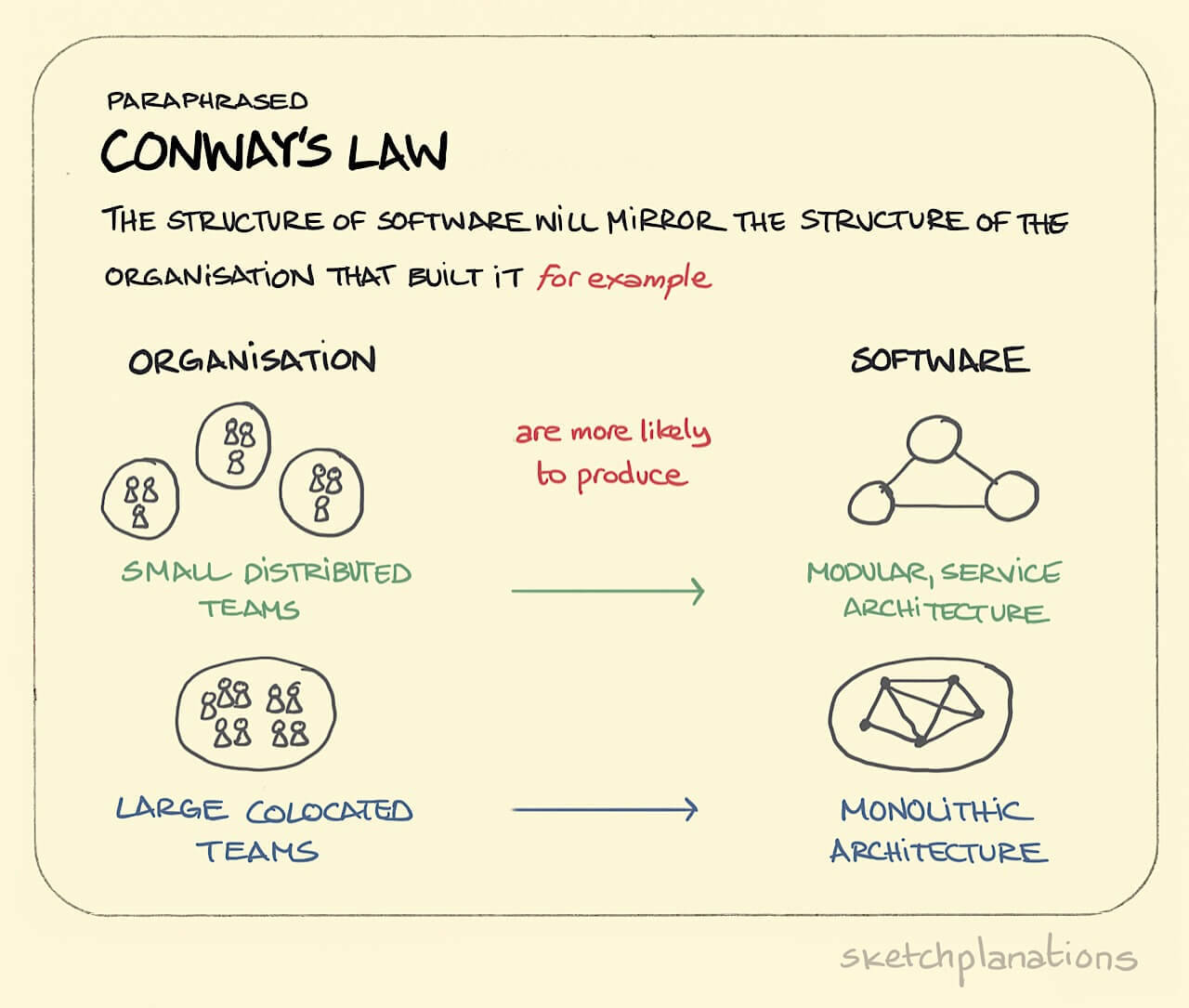 Articles Related to What is Conway’s Law?