Advertisement
You are here: Home » 6 Things to Know About AIaaS (AI-as-a-Service)
Advertisement

The cost and technical complexity to enter the market segment for delivering intelligent applications to the businesses are getting lower and lower because of AI-as-a-Service and AI-Platform-as-a-Service. Presently, almost all of the major cloud providers including Microsoft, Amazon, IBM, Google offer cost-effective SaaS type development tools for Artificial Intelligence (AI). Machine learning is the focus, but there are also more and more other cognitive services from the cloud are coming into the market.

Artificial intelligence is no longer a marketing trend, but an important IT pillar that will determine the competitiveness of companies in the coming years. While in a previous article we have touched on the basics about AI-as-a-Service, the increased adoption of AIaaS, AIPaaS making it obvious that a brief discussion of the key things about AIaaS is necessary.

You can listen to the audio of this article :

Many companies lack the technical know-how and infrastructure to develop AI solutions from scratch. The hurdles are high: the provision of AI applications is associated with a great deal of software, hardware and manpower. It requires completely new infrastructure and considerable technical resources. Huge amounts of data have to be connected. AI specialists and data scientists are needed to build the models. Above all, however, it is not clear whether the effort is worth it. Because with all the innovations associated with artificial intelligence, there are also many imponderables.

AIaaS solve this dilemma and lower the barrier to entry for artificial intelligence to an acceptable level. Without high costs or new hardware and software, developers, data scientist and also normal users, implement and execute AI applications directly in the cloud. The services offer widespread machine learning and other AI methods. They are scalable downwards and upwards and can be used for initial playful experiments as well as for serious business applications.

Another advantage is that the cloud service providers combine their machine learning offerings with complementary services and tools. In addition, the generously dimensioned storage services of the service providers can also be used. The only downside: Once you have decided on a service provider, it is difficult to get rid of it.

AIaaS Brought the Features of Cloud Computing in AI

Operating a machine learning platform on its servers was neither easy nor cost-effective. AIaaS is built to offer scalability in its way. AIaaS is perfect when we are including the service in our application for performing tasks that require cognitive judgment. Naturally, in such a use case, the task itself will not add value. Like any other cloud service, AIaaS is also:

Presently AIaaS is Widely Used for the Web Services

Once, the phrase artificial intelligence was too serious. AIaaS is quickly been adopted by SMBs and freelancers since nothing can be more useful than an intelligent chatbot or an email filter that recognizes genuine urgent email or a web analytic service that does not require complex setup or grammar correction software that understands the tone and topic. AIaaS is used today more commonly than we usually think simply because it is easy to integrate and cost-effective. Hanna Kleinings has pointed out that the customers are adapting AIaaS more for data labelling, data classification and as alternative to in-house machine learning platform.

The Pandemic Increased the Acceptance of AIaaS

Before the COVID-19 pandemic, the application of AIaaS in healthcare (and overall adoption) was limited despite there were great platforms and ready-to-use tools already available. Businesswire reports a 48% growth rate since the pandemic started. The pandemic gave the vendors the golden opportunity to showcase their AIaaS powered tools in various analyses and predictions.

AIaaS is a Dual Edged Sword

What machine learning could do in the traditional way of software development; AI-as-Service has put it into steroids. On one hand, AI-as-a-Service can automate the process of increasing the security of servers and other hand AI-as-a-Service can be used for planned, devastating cyber attacks. Botnets are increasing becoming clever since the human time limit of logical thought is no more present. In the same way, government-backed AI-as-a-Service can be used to create a fatal version of world war, which is named hyperwar. The application of AI in the judicial system invoked the critics to worry about “a secret system to punish citizens for crimes they haven’t yet committed”.

Just imagine a highway full of autonomous vehicles—cars, trucks, buses, and drones powered by automated vehicle guidance and braking, lane-changing systems, the use of collision avoidance services. Our existing traffic laws and accidental coverages are based on human nature. A human is allowed to commit “unintentional mistakes” but when the same mistake is committed by a vehicle-specific AIaaS service then it is not easy to decide which party is at fault. 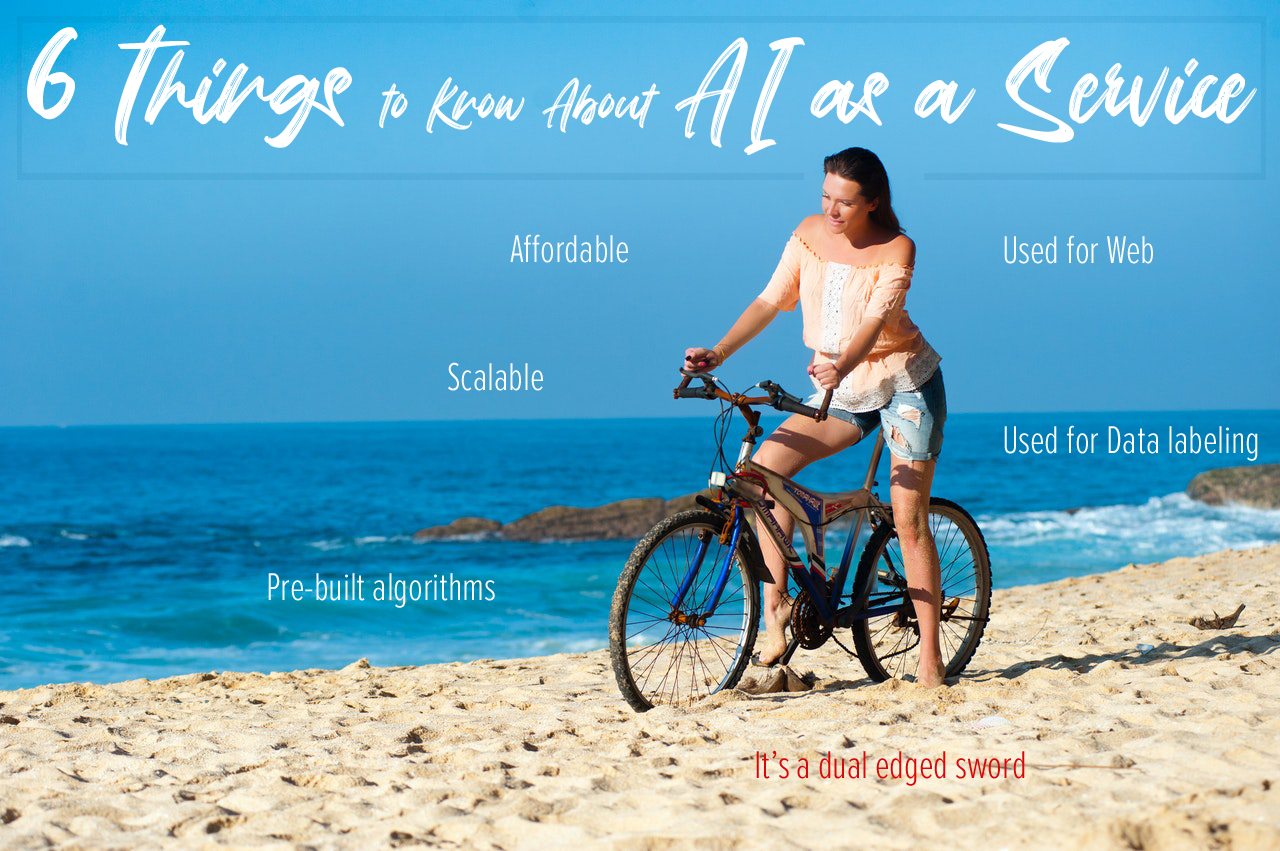 Companies with little experience in development around artificial intelligence and machine learning will be able to cope well with the offers of Microsoft and especially Amazon. Amazon almost completely isolates the user from AI-specific problems, which could make the service particularly attractive for many smaller companies. On the other hand, IBM, Google and HPE enable the creation of very sophisticated AI models. This requires more understanding of the matter. Salesforce Einstein with its fully integrated AI systems out of the box, but the cloud services are limited to the closed world of the provider. With an increasing number of third-party vendors and solution providers, with AiaaS, artificial intelligence will be utilized widely in the upcoming years.