Advertisement
You are here: Home » Artificial Intelligence (AI) : What it is, How it Can Help Mankind
Advertisement

Artificial Intelligence (AI) refers to the ability of a computer to perform functions with reasoning of mind of man that is typical of a human. It is Professor John McCarthy, Father of Cloud Computing who coined the term Artificial Intelligence or AI in 1956, at a interdisciplinary seminar held in New Hampshire. Artificial intelligence is a subject of debate among the scientists and philosophers, which shows both theoretical and practical aspects. Artificial Intelligence includes the theory and techniques for developing algorithms that allow machines (typically computers) to show an ability and / or intelligent activity, at least in one specific arena.

One of the main problems of artificial intelligence is to give a formal definition of the functions summary / abstract reasoning, meta-reasoning and learning of man that will materialize and realize – goal oriented model. 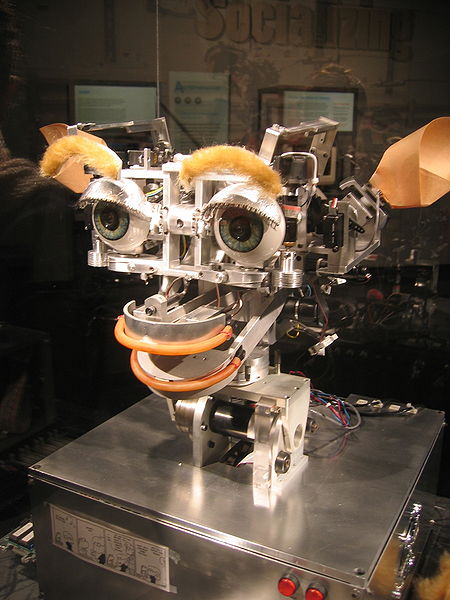 Kismat - The robot with Artificial Intelligence

Here are videos on Official Website of Kismat, robot with Artificial Intelligence.

Creating a thinking computer is the path of Artificial Intelligence

The assets and capacities of Artificial Intelligence include:

The first, called Artificial Intelligence itself, supported by the functionalists, believes that a properly programmed computer can be equipped with a very pure intelligence, indistinguishable in any important way by human intelligence. The idea behind this theory is the concept that dates back to the English empiricist philosopher Thomas Hobbes, who argued that thinking is nothing more than to calculate: the human mind is therefore the product of a complex set of calculations performed by the brain.

According to some experts, however, Artificial Intelligence is unlikely to be achieved by a computer, thinking skills that is classified as “intelligence”, because the machine is “isolated” from the world, or at most connected via a computer network that can only transmit information from other computers. The real Artificial Intelligence, therefore, could be reached only by robots and interact with their surroundings through sensors and mechanical arms. Often the application of intelligence in humans is derived from some body needs, so it is unlikely to be able to develop an imitation without a body.

In an attempt to create Artificial Intelligence, a mistake that led to the computers inability to apply common sense and the tendency to “get into trouble.” The error was not enough to consider the fact that the real world is complex and thus a representation will be the same. The key of Artificial Intelligence, it seems to be this: the imitation of its similar nature, bearing in mind the importance of evolutionary processes in the development of morphological and behavioral characteristics of an individual and in the formation of what is called “common sense”.

Currently these are the main algorithms of artificial intelligence

Tagged With how can artificial intelligence help mankind

Articles Related to Artificial Intelligence (AI) : What it is, How it Can Help Mankind