Advertisement
You are here: Home » Father of Cloud Computing John McCarthy – Down the memory lane
Advertisement

Professor John McCarthy has left the World on 23rd October, at the age of 84 years. Let us think for a moment for him who conceptualized Cloud Computing in 1961. Professor John McCarthy coined the term Artificial Intelligence (AI). He enjoyed a being Professor at Stanford University, one of the university which gave birth numerous Genius.

In 1961, 10 years after coining the term Artificial Intelligence, Professor John McCarthy, conceptualized sharing computer hardware resources and applications. He envisioned that Computing Power can be supplied like gas, water for free or a minimal cost.

In the year 2000, people begin to think about the concept of Cloud Computing. What the Genius thought, others understood after 40 years.

He conceptualized we will enjoy Cloud Computing

Here is high quality photograph of Professor John McCarthy. Its 1200 x 800 pixels in dimension. I had this one on my hard disk. The EXIF data says its taken with a Canon EOS 20D on 13th of May 2006. I do not know who is the Copyright holder. You can download it by clicking here. 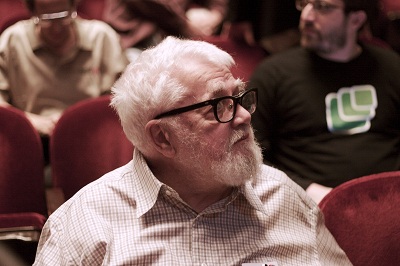 Cloud Computing is on progress and various models and services are being delivered. What all he has said on Cloud Computing, has not all been materialized yet. It might take another 40 years to understand by the others.
Professor John McCarthy, Rest in Peace.

This Article Has Been Shared 959 Times!