The term smart grid refers to the strategy of focusing on IT technical and regulatory innovations in grid control (grid intelligence) with which the utilization of the existing infrastructure can be improved. This is intended to keep the time- and capital-intensive expansion of the physical infrastructure (overhead lines, underground lines, transformers) as low as possible or to avoid them.

Smart grids, i.e. innovations in grid control, modern control technology and modern control technology, are intended to solve these additional challenges as far as possible without a major expansion of the physical grid capacity. While the high-voltage grids are already largely controlled intelligently and the construction of new lines is the order of the day, an improvement in the grid infrastructure and control options is also required in the distribution grids. Investments “in copper” must go hand in hand with investments in “intelligence”. Intelligent market and grid design allow consumers to save money by controlling their consumption behaviour. This requires dynamic tariffs (intelligent market) and real-time communication of consumption data to the grid (intelligent grid).

For the power grid to remain stable and the electricity not to fail, power generation and electricity consumption must be precisely balanced at all times. This is mainly achieved through the market. The use of power plants and storage systems will be optimized in the long term and in the short term in the interest of the owners in such a way that the power plant achieves the best possible result on the market. As a result, for every point in time, the power plants always plan their use and sell their power generation, which for this time can fill the expected demand at the best conditions. 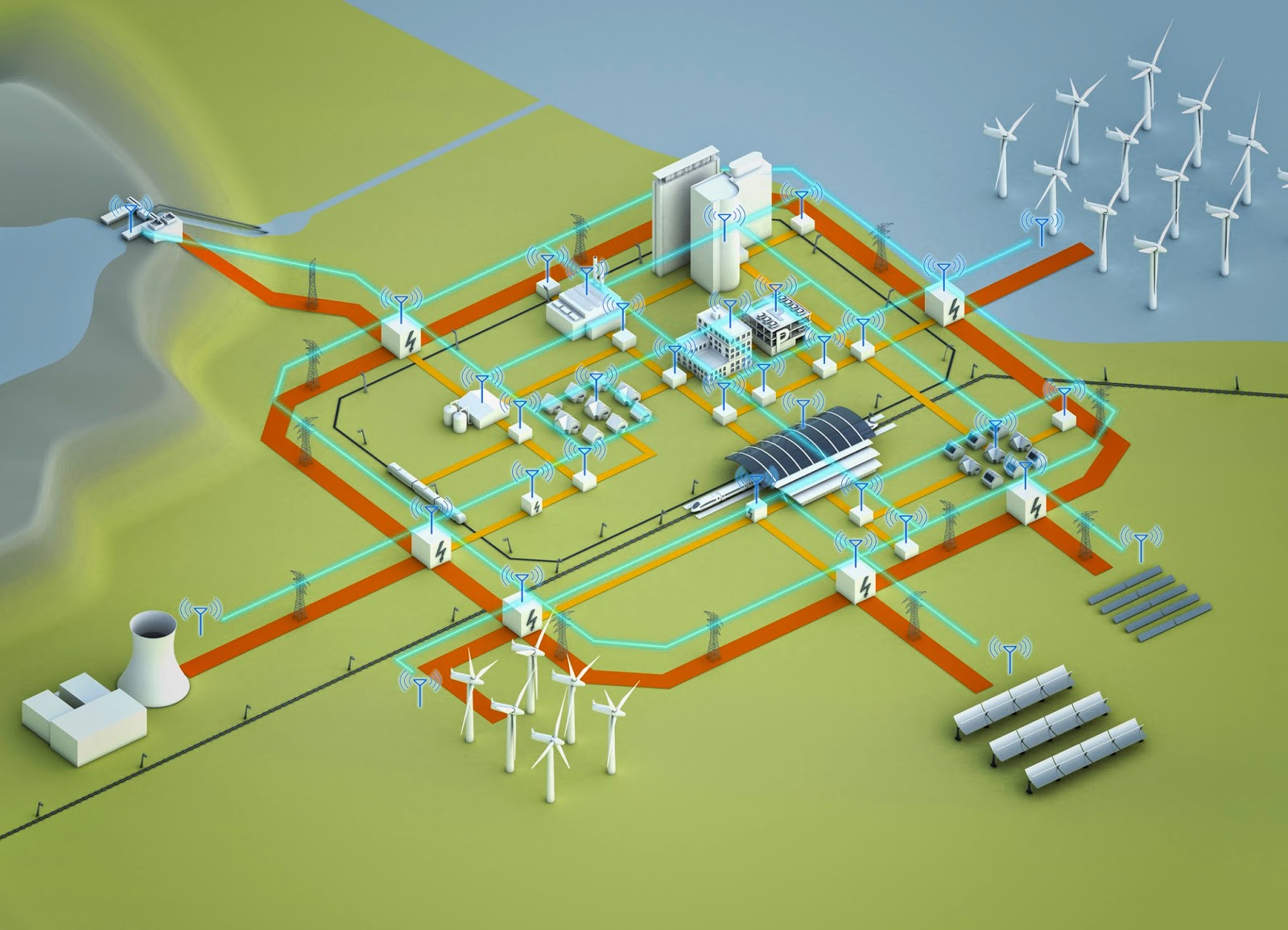 Problems and challenges with smart grids

A hacker attack on the Ukrainian power supply in 2015 impressively demonstrated, highly automated networks are particularly vulnerable to hacker attacks.

Economically sensible and innovative investments may not make business sense due to the regulatory organization of the energy industry. Network charges are regulated and the network operator can only claim “permissible” investments there. For example, network operators are not allowed to build, own and integrate storage systems into their grid to solve grid problems.

Another problem is that there are still no universally recognized standards for what is measured and how the data is transferred to a destination. For this reason, proprietary measuring systems are currently being used in test facilities that are not easily combinable or interchangeable. After the introduction of standards, a time-consuming change of systems may be necessary. The smart power project uses protocols commonly used in ICT. This allows any non-proprietary systems to be combined.

This Article Has Been Shared 804 Times!