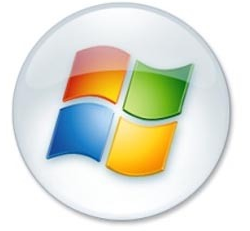 Microsoft recently has published the History of Windows operating system highlighting their path of success in these 25 years. (Read here)

Though it is not as detailed as many of the readers may expect, it is definitely a nice piece of writing. Anyway, at the end of the article Microsoft says that:

Many laptops no longer have a slot for DVDs and some have solid state drives rather than conventional hard disks. Most everything is streamed, saved on flash drives, or saved in the “Cloud””an online space for sharing files and storage. Windows Live”free programs and services for photos, movies, instant messaging, e-mail, and social networking”is seamlessly integrated with Windows so that you can keep in touch from your PC, phone, or the web, extending Windows to the Cloud.

Meanwhile, work is underway for the next version of Windows.

We already has been published different rumors, news for upcoming version of Windows: Windows 8 or vNext from various sources. It seems that our speculations and thought is in the right path!

We informed our readers about the possibillity of Windows 8 or Windows vNext to be a cloud based operating system: the same tune is reflected back from Microsoft officially: “…seamlessly integrated with Windows so that you can keep in touch from your PC, phone, or the web, “extending Windows to the Cloud.”

We will keep you informed about the latest news as soon we get any tiny bit of information regarding Microsoft’s future operating system: Windows 8 or vNext.

This Article Has Been Shared 637 Times!

Articles Related to Microsoft is working for Windows 8