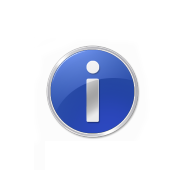 Microsoft has purged all mentions of Windows 8 from a company site in the Netherlands which revealed that the next major iteration of Windows is right on track for availability in 2012.

After confirming officially, but inadvertently, that the successor of Windows 7 is only a couple of years away, the software giant managed to easily go back to its traditional silence related to upcoming Windows client and server releases.

The latest statistics shared with the public on the operating system™s run on the market in the first year after general availability indicate that in excess of 240 million licenses have already been sold worldwide.

But even with Windows 7 immensely successful, Microsoft is treading extremely lightly, as to not steal any of the thunder away from Windows Vista™s successor.

The original post from Microsoft Netherlands which mentioned Windows 8 has been altered, and the focus placed on Windows 7 Service Pack 1 (SP1), another forthcoming Windows release that Microsoft is not really talking about in terms of release deadlines, only saying that it™s due in by mid-2011.

œFor Windows 7, Microsoft Service Pack 1. This service pack is still in the testing phase and is expected in the first half of next year available. The first update of Windows 7 is the new version of Windows Live Essentials (explore.live.com) became available in mid-June, reads the Google translation of the article.

œMicrosoft works For Windows 7 to Service Pack 1. This service pack is still in beta and expected to close in the first half of next year become available. The first update of Windows 7 is the new version of Windows Live Essentials (explore.live.com) became available in mid-June, is the translation provided by Bing.

Does this change the fact that Windows 8, of Windows vNext as Microsoft wants to call it, is expected in 2012? Well, not really.

Even before Vista was done, Microsoft changed the pace at which Windows releases would be delivered, to once every three years.

It™s really not that difficult to do the math considering that Windows 7 was released in 2009, and to come up with 2012 as the year for Windows 8™s launch.

This Article Has Been Shared 523 Times!

Articles Related to Windows 8 in 2012