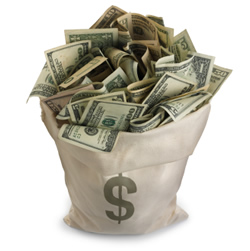 Is the cost for the display of one thousand advertising space on a web page, that space is clicked or not. For example, an advertiser pay 10$ every time his ad space is displayed 1000 times.
Also called CPT (Cost Per Thousand).

Unlike CPM and CPC the advertiser pays only if this time the display and the user click on the ad actually caused an inscription on a sale or service that is being promoted.
If an ad is displayed 1000 times, this display produces 100 clicks, but those 100 clicks cause only 10 sales, the advertiser will pay only for those 10 sales.

The effective cost per thousand impressions (eCPM) is used to compare revenue across different criteria and several advertising programs. The eCPM is calculated by dividing total revenues by the number of thousands of impressions.
For example, if you earned $ 180 from 45,000 impressions, your eCPM would equal (180/45), $4.

PPL – Pay Per Lead – Pay for a successful sales contact

The affiliate is paid only to the extent that it refers visitors to the site of the advertiser complete forms.
This may include application forms for quotation (Pay Per Lead), registration for a newsletter or a contest (Pay Per Action) or order-taking (Pay Per Sale).

A conversion is recorded when one of your referrals reaches the threshold that allows you to generate earnings. For example, a conversion in Google AdSense is counted when a user you have referred to AdSense has signed up and won for the first $ 5 within 180 days. The conversion threshold depends on the type of product.

This Article Has Been Shared 294 Times!

Articles Related to Definitions of abbreviations used for advertisements