Advertisement
You are here: Home » 7 types of Twitter users : in which category you are?
Advertisement

Different eminent writers and bloggers have tried to classify the types of Twitter users before this article.

Though the idea to classify Types of Twitter users is not unique, this article is based on our own observations.

This type of users join after hearing or reading somewhere that Twitter is a great tool. As a Twitter user you can understand, merely signing up in Twitter without any reason, it is impossible to understand what is going on! Obviously, they never return back : just sign up, see the inside Twitter and goes away.

No blog, no special reason. Just seeks good tweets and retweets. Actually, this type of users are most deserved by any social network. Following these type of Twitter user invariably returns back a follow. They might ask you what color of neck tie to wear on next Wednesday.

Twitter is the perfect opportunity to share their fans with no real contact on his / her real life as a star. Celebrities have millions of followers, mostly focused on their self-promotion Tweets are more clicks than anything else. Many a times, an appointed person looks over the account. Following these type of Twitter user usually never returns back a follow.

Sounds bad, but if you look in real an Online life, you will find many agent like boot licker. These users are only to praise a certain company or person by retweets. Following them is useless and might harm your online reputation. 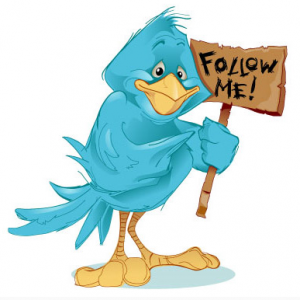 This is not ultimate classification! There might be other type of users as well. This is just a guide, classify the peoples in Twitter you watch and understand the probability of increasing your online reputation through the proper usage of Twitter.

This Article Has Been Shared 881 Times!

Articles Related to 7 types of Twitter users : in which category you are?