We have discussed about Virtualization technology and you have understood that your Virtual Private Server actually uses this Virtualization Technology.

Often you will notice, some web hosting company who provides Virtual Private Servers allows only to take backup but not to restore yourself. As it is annoying, often users complain that the web hosting company is not good. Basically, the situation might not be like that. To understand this kind of phenomenon and to use the Virtualization technology properly, we need to understand the Virtualization and Data Backup Restore Process.

However, it is not possible to explain the whole Virtualization and Data Backup Restore Process even in digested form within one article. That is why, we will split it in to 3-4 posts.

Backup and restore techniques are needed to secure data assets by the storage subsystem and keeping the data available on demand.
Even in virtual environments and where Virtualization has diployed, the basic concept does not change However, implementation is often solved in other way.

Why it is important to think of Backup where Virtualization is deployed?

The ultimate goal for the use of Virtualization lies in the provision of data. By differet approaches we secure this data.

This is achieved by a group of storage techniques. Traditional way of taking backup was only when an error was faced, a new server set up to sync in the second step. Obviously this has the inherited chance to Data Loss.

However, now a regular method is often employed : be it in a section where Virtualization has been deployed or not. 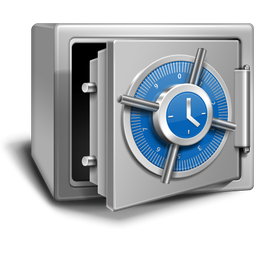 In other words, if I am using a Virtualization Technology deployed Virtual Private Server with bad setup and I have bad intentions on your partition, take that you are my neighbour; you have some chance for data loss from malacious activities. Plus, as we said if the hardware setup is not right, Hard Disk or even the Processor might fail.

The technologies how this is really done will be discussed in other articles on Virtualization.

This Article Has Been Shared 696 Times!