Advertisement
You are here: Home » CentOS Virtualization – Why People Uses It More
Advertisement

CentOS Virtualization, that means the Host Operating System is CentOS is used more over Debian Linux. CentOS is a free operating system based on Red Hat Enterprise Linux.

A bit looking back to the history of CentOS will be interesting. In 2007, University of Maiduguri decided to look for an alternative solution to their Existing Mikrotik based Hotspot system to tackle issue of repetitive licensing. The Base Operating system had to CentOS because we wanted to have the robustness and scalability of RedHat Enterprise Linux which we got from CentOS Linux. (Source: University of Maiduguri). In July 2009, it was reported that CentOS’s founder, Lance Davis, had disappeared in 2008. Davis had ceased contribution to the project but continued to hold the registration for the CentOS domain and PayPal account. In August 2009, the CentOS team reportedly made contact with Davis and obtained the centos.info and centos.org domains. You can read the interesting full story from ZDNet.

Why users inclined towards CentOS Virtualization

Red Hat Linux is no doubt one of the robust OS for Virtualization, however Red Hat is not free. The price of Red Hat Enterprise Linux Server (2 socket) is high.

Second is Debian Linux. As a Server OS for Virtualization, users however not preferring Debian right now for usability issues, (not for stability issues, its one of the most stable OS).

Third is openSUSE. Due to complexity, it is not preferred.

As these OS are UNIX like, one might ask what is about Mac OS Server, the problem is cost and highly priced up-gradation of the components.

So, the practical solution is Red Hat Linux again, but as CentOS is practically a kind of free Red Hat Linux, most suitable for running Virtualization. 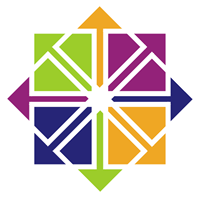 Articles Related to CentOS Virtualization – Why People Uses It More