We have discussed about the Software as a Service (SaaS) those can be deployed on Platform as a Service (PaaS), we also have presented you a nice guide on how to create live feed of your Google Plus Posts. We have mentioned in that post, we are using App Engine to to run the app, i.e. our SaaS. In the same way, you can create your own instance of SaaS – your own Apps on Google Cloud can be deployed with App Engine. We are writing this guide in a way that any starter can follow and run own Apps on Google Cloud Platform.

You will need a Google account and Google App Engine account. Both are free. A text editor like gedit for Windows will be helpful. You need to install Python (we will show to how to create and run Python apps on Google Cloud) and Google App Engine SDK for Python. Everything is Open Source and we expect that you will develop and share Open Source apps On Google Cloud as well.

Go to admin Console in your App Engine Account : 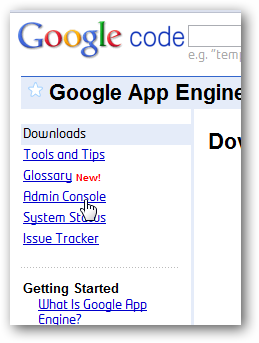 Click the “Create Application Button”, give a suitable Application Identifier and Application Title, note these in your text editor. For example, we have used tcw-test for both. Keep other settings at default and click Create Application button, you will get “Application Registered Successfully” message. Forget it. By the way, every Google App Engine application can use up to 500MB persistent storage and 5 million monthly page views.

We are using a sample application named simple ajax chat, which you can download from here.

Save it as a batch script, with the same name of the app (tcw-test.bat in our example).Double clicking the batch file will launch cmd and act as shell. You will need to type google id and password.

Done. See our tcw-test here : tcw-test is a prototype for these Apps On Google Cloud With App Engine.

You can change the html, css etc and deploy again by running the batch script or Google App Engine Launcher. Now, you have understood how the apps on Google Cloud powered App Engine can be easily deployed.