A super server is a server process, it monitors the arrival of a client request and starts the appropriate server service. Inetd, a super server daemon is a prominent example of a super server for Unix systems. The assignment of network services is subject to the port numbers in the file / etc / services.

In the classical approach the server monitors a process to a port. If there are many ports, many processes will be in the waiting list and thereby will consume system resources, especially the memory. In super server approach, only the relatively small servers will be maintained, which requires less memory when idle server services.

Many super server is configured so that –

In addition, super server allows a simplified programming of server services, as it starts each incoming connection request is a separate process.

Start of the super server is time consuming, which increases the reaction time according to the availability of network service.

In case of a super server, a single process is responsible for all the connections, cache is shared. It is efficient in terms of resource consumption, if the number of simultaneous connections grows to a huge.

In Linux, the local connections are on the network layer. Only the server process needs access rights to the database file. 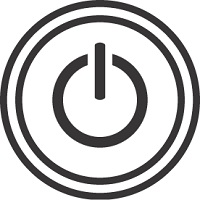 On multi core processor machines which are running Windows performance may even deteriorate, because the operating system switches the process between the CPUs.

This Article Has Been Shared 393 Times!

Articles Related to Super Server : What is it, How it Works