Advertisement
You are here: Home » Virtualization at Enterprise : Solutions and Ways
Advertisement

This expansion of Virtualization technology has been driven by the business moves that have taken place between companies dedicated to virtualization. For example, what once was a virtualization system created in a university setting and has expanded its GPL license and is now spreading like wildfire because it has been bought by a company, recently bought by Citrix XEN.

VMWare Moreover, another virtualization leader, has teamed up with HP to produce exclusive systems to process instructions from VMWare. And of course, Microsoft is not going to stand idly in Virtualization arena, they have signed agreements and agreements to include a good virtualization solution in its new Windows Server 2008. We will see that is happening in the market around virtualization.

Virtualization for the Enterprise

Open Source solutions has imposed the great expansion that is occurring in the field of Virtualization. Of course it is much more efficient in virtualizing a physical server to stay several Linux virtual machines which function as mail servers, databases, firewalls. Managing a virtualized server is much more efficient, much easier, much cheaper since instead of having multiple physical servers with more power consumption – we have a single server where Virtualization technology is used.

The decision to use or deploy Virtualization by a company is complicated, we must develop a comprehensive study if Virtualization is what really what the company needs, whether it really going to be more efficient.

Here are some key points on Virtualization at the Enterprise level: 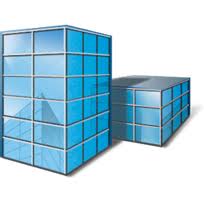 This is a guest post, the article has been written by Mark K. Kelly.

Articles Related to Virtualization at Enterprise : Solutions and Ways