Host Based Windows Terminal emulator applications have come a long way in a very short time. With an increased need to keep pace with the changing world of the personal computing market and the huge boom in wireless and mobile products, developers have been challenged with creating applications that can work well with our smartphones, and now tablets.

Windows 8 and the changes that come with it, particularly the fact the same operating system will run on all machines, will make the job easier for developers. They need not to have port other operating systems for different devices. One issue that all providers are confronting, is how to manage the applications. Generally speaking, we find two types of applications, those that are device-based, and those that are host-based. Here is a comparison of the two, that will provide valuable information for Host Based Windows Terminal applications.

Wireless device application and Host Based Windows Terminal : The common solution has been to create an application that resides on the wireless device. These applications are generally cheaper and easier to produce than those on a hosted service. They are common, but are actually susceptible to many problems because of connectivity issues, not application problems, as many people may think. Wireless devices have a lot more power these days. The power to drive the applications is available. Stable wireless connections are rare.

Wireless device-based application problems This is fine when we are working with a device that is connected by a cable connection, which, in reality, is rarely the case. When we are using a 3g or wifi connection, a stable connection is not a guarantee. There are many reasons why this can be the case, such as, devices running out of battery, network failures, or users wandering out of range. When this happens, the screen will usually lock, and the session with the host is normally dropped, and all data-transfer is lost. A lot of mess is a results.

Partial solution to device-based applications A controller has been introduced by many manufacturers/developers to assist for stabilization of the wifi connection. The problem in this case is this will become the single point of failure if the controller is not available for any reason. Essentially it is a patch. 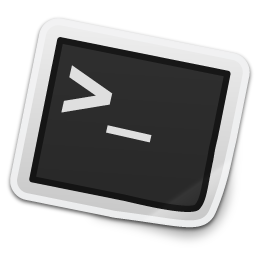 Host Based Windows Terminal : With Host Based Windows Terminal emulation, the Telnet/SSH server and client are on the host computer system. A thin remote client application on the device, that has much less work to manage, remotely controls the session on the client. Using this strategy, the host and the client are never out of contact with each other. The device is used to communicate with the client. If there are failures during a wifi session, it does not directly impact the communication between the client and the host. Reconnection is instant when the wifi connection is resumed.

Conclusion on Host Based Windows Terminal

With IBM?s 3270 series still going very strong, 3270 emulation is going to be around for some time. With more employees on the move, and on the move globally, we need applications that can resume while they are working sessions on next generation networks. We cannot consider wifi hotspots as the only obstacle to overcome.

This post on Host Based Windows Terminal is written by Sachin, who has contributed some valuable posts on this website too.