Organic computing is an interdisciplinary research initiative with the explanatory concerns to gain a better understanding of organic structures and the development goal of an organically structured information technology.

The achievement of the desired quality characteristics of Organic Computing should be on the concept of self-organization based. These basic methodological positioning implies a particular move away in Organic Computing from the algorithmically organized information technology.

Among other things in?Organic Computing – Organic Computing is motivated by the challenges to computer science with respect to the design of technical systems that will be present from about 2015 – worked out answers to the problems of the anticipated technology developments. The progressive miniaturization and increasing the efficiency of micro- and nano-electronic systems mean that in future there will be a variety of intelligent systems that deliver in dynamically changing environments using their services. Via different communication systems information is exchanged, it inevitably leads networks of intelligent systems whose behavior is not completely predictable. The individual components must therefore be in a position to react to unforeseen situations in meaningful, i.e. technical systems in their behavior to each other and can coordinate with the environment and must – they adapt and they organize themselves.

Self-organization is in itself not a quality criterion of Organic Computing, because a self-organized system configuration is not necessarily the only technical objective. Uncontrolled self-assembly processes can have dramatic consequences. Self-organized systems should therefore remain manageable. They should not develop behaviors that run counter to the desired functionality and the current requirements in particular human user.

Organic Computing are systems that can adapt by a sufficient number of degrees of freedom at different operating conditions and functional requirements that offset misconduct of components through appropriate measures, taking into account particularly the needs of human users and support a total of people in their life circumstances in many ways be trusted. Because of the life-like behavior of such systems, they are called Organic Computing. The future Organic Computing, computer science should have a series of so-called self-x properties, they are particularly –

The area of Organic Computing has strong connections to the autonomic computing initiative, by IBM , which, however, focuses on mastering the complexity of large server architectures by generating self-x properties. Organic computing, however, noted in particular the resulting interaction with local behavior of the system, can occur in the unforeseen global effects. Since you do not wish to be self-organizing emerging (also called emergent) behavior, Organic Computing seeks a form of self-driven organization that, among other things by the generic observer / controller architecture is achieved. 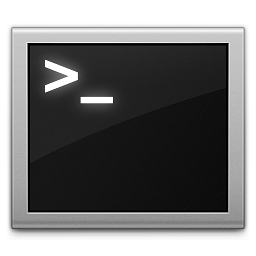 The Observer / Controller architecture in?Organic Computing is observed, analyzed and evaluated with respect to given criteria in an objective way loop behavior of the monitored systems. This leads to the selection of appropriate measures in order to influence future behavior in the desired direction. The architecture of Organic Computing consists of a network of autonomous units (called production system), supplemented by one or more observer and controller units. For the observer must be an appropriate methodology to be developed in order to observe and to analyze system behavior.

This Article Has Been Shared 939 Times!