BIOS or Basic Input Output System is stored on a ROM on the motherboard and the settings are fully or partially accepted by the operating system. The story of BIOS begins with IBM PC, when IBM Hardware and Microsoft software needed to be married. However, that BIOS of today and those days has many differences. Most advanced Operating System uses only few informations those are stored on the BIOS, unlike the first generation systems.

How the BIOS works

The BIOS starts after turning on the computer – at the startup, the hardware components are checked which the operating system later controls. The BIOS also has the configuration of hardware information and overclocking. It is the BIOS which starts the operating system by locating the boot loader.

If BIOS can not find the boot loader, despite otherwise a fully functional operating system is on the hard disk, it will show the error message – No Operating System Found. It usually happens when an advanced user, some how mis-configures the boot loader, usually for a multi boot computer. In other article we wrote about how to create dual boot using Windows bootloader in Windows 7 and how to repair the boot in Windows 7 after installing a second operating system.

Other things about BIOS 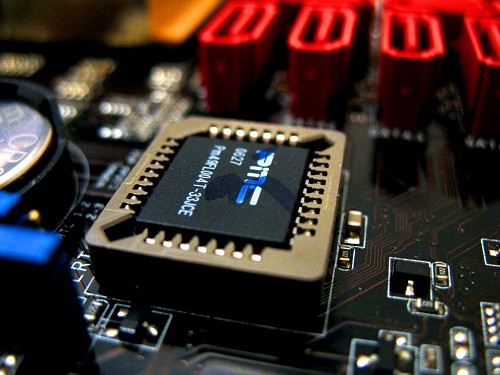 Power-on self test (POST) is when a PC is switched on, an electrical signal is sent to the processor. The processor contains a program counter that specifies in which memory address of the next command is to be executed. This memory address is in the BIOS. So, no POST test can be performed without the processor.

Do not take this risk of testing, if you do not have previous experience with BIOS or hardware – if you remove the all RAM modules, you will hear a specific count of beeps. It happens because there is the BIOS. If you remove only the processor, nothing will be heard.
It is a crude example, simply because other than the BIOS, there are other added sensors in most advanced PCs which will indicate that the processor is not working. For most desktop PCs for home or office usage, still the POST and therefore this function of BIOS is used without any tool to detect preliminary problems.

And just like any program or software, there is Virus for BIOS too, though not that prevalent. Today, most PCs manufactured have EFI, instead of BIOS. That is separate story from BIOS.

This Article Has Been Shared 216 Times!