Apache HTTP Server is an open source and free product of the Apache Software Foundation and is the most widely used Web server on the Internet. Apache is among the LAMP software bundle – Linux, Apache, MySQL, PHP – needed by most of the primarily PHP based CMS, like WordPress. If you read this article on how to Install WordPress on Rackspace Cloud Server, you will notice we have installed Apache using a fantastic all in one command yum -y install httpd php mysql mysql-server php-mysql . The name was out of respect for the North American Indian tribe Apache.

In addition to Unix and Linux Apache supports Win32 and a variety of other operating systems. In version 2.0, the stability and speed of the server – especially on non-Unix systems has been improved. Apache Portable Runtime (APR) is a generalization of important system calls, so that the individual strengths of each operating system can be exploited. There are also several multi-processing modules (MPM), depending on the platform of different solutions for the simultaneous operation of multiple client offer requests: for example, the MPM is prefork for traditional Unix systems on forking of processes, while mpm_winnt optimized for Windows.

Apache web server has a modular design: Appropriate modules can, for example, do the communication between browser and encrypt Web server ( mod_ssl ), as a proxy server (mod_proxy) or complex manipulation of HTTP – header ( mod headers ) and URLs ( mod_rewrite ). 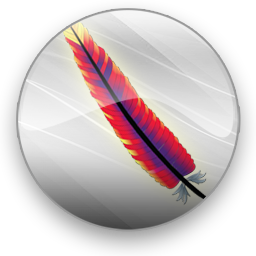 Apache offers the possibility to use server-side scripting languages ??to create dynamic Web pages. Commonly used scripting languages ??with Apache are PHP, Perl or Ruby. These are not part of the Web server, as we have shown at the begining, we can install them via terminal or CGI. This makes it possible to create simple dynamic web pages and to minimize the administrative burden of static Web pages. Basically we use PHP mainly on Apache server.

Apache HTTP server is like all programs of the Apache Software Foundation, a free software.

Other things about Apache

Apache server can be extended very well with so-called modules, which bring some additional features and almost always start with ‘mod_’ .

This Article Has Been Shared 475 Times!