Advertisement
You are here: Home » CakePHP : Technology and Philosophy Behind
Advertisement

CakePHP is an open source web framework based on PHP. CakePHP is inspired by Ruby on Rails and also follows the pattern of Model-View-Controller (MVC). Other similarities with Ruby on Rails are the underlying principles – Do not repeat yourself (DRY) and convention over configuration.

CakePHP is developed since 2005. It was parallel to the increasing popularity of Ruby on Rails and the desire for a similar MVC framework based on PHP. Lithium framework was dedicated as a “Cake3” framework in October 2009 after was a change in the team.

The assignment of models to database tables is done by the same name in singular and plural, but not using configuration files. This principle is known as Convention over Configuration (CoC). 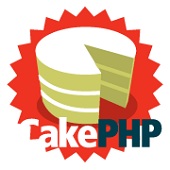 Compared to other web frameworks CakePHP provides only modest demands. CakePHP supports PHP version 5.2 and CakePHP does not require a separate database for the application, it allows database tables to be used with prefixes. Solely for the use of so-called console applications, access of command line is required.

As a backend of a CakePHP application, a database is used. It supports MySQL, MSSQL and others. Each model brings a number of methods with which are used to manage the data. The relationships between different models are defined via so-called associations (relationships). CakePHP to automatically adjust the required database queries. The configuration is done by adhering to certain conventions in the allocation of names of database tables. It requires no configuration files. In addition, there are methods under CakePHP that generate recurring codes, such as HTML forms, JavaScript scripts and code for AJAX communications with the server.

traffictravis.com is an example who uses CakePHP. No complicated XML, easy code generation, built-in tools, MIT license structure are among many factors which makes a person with grab on PHP easy to code and implement.

Articles Related to CakePHP : Technology and Philosophy Behind