Battery interconnection of several similar is galvanic cells or elements. Since 1850 Batteries are powering simple bulb to complex electronic component of 2012. With the development of economically usable rechargeable secondary cells or accumulators, the use of the term “battery” has also extended to the interconnection of several cells from motor vehicles or traction batteries of submarines. Many mother topic we publish on this website, like Android Device, Server, Motherboard, Laptop – all needs Battery to run. That is why here is a Battery special article.

Primary Battery cells can be charged only once discharged and not again. In these Battery cells, the reactions in the discharge are partially reversible, this does not lead to re-establish the new condition with similar energy content. In contrast, the rechargeable secondary Battery ( or accumulators ) largely get charged to the same new condition, so that multiple conversion of chemical into electrical energy and back is possible. The electrode materials of a Battery determine the nominal voltage of the cell.

The energy stored in a battery is colloquially known as the capacity that is not to be confused with the electrical capacity. The capacity of a battery is usually in ampere-hour ( unit symbol : AH), rarely in ampere seconds (As) or Coulomb. 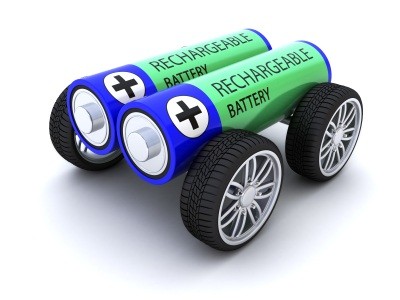 Performance of a battery is the amount of electrical energy which can be used in per unit time. It is usually specified in watts (W) and is the product of discharge current and discharge voltage.
The stored energy in a battery ( electrical work ) is usually not specified, the energy per mass or per volume is a typical characteristic of battery systems. An assessment depending on the type of charts give comparative energy data. This is important for bigger batteries – like the sealed lead battery in side your car.
All batteries stored self-discharges . The rate of self-discharge depends inter alia on the battery type and temperature. The lower the storage temperature, lower is the self-discharge.

In series connection the voltage drops under load together more, because stronger more charged cell current drive by weaker already depleted cells. Their internal resistance leads to the Ohm’s law to a cell heating, without the electrical energy is really used.

Applications and Variations of Battery

Portable batteries used to power small, usually portable devices, such as flashlights or cell phones. Especially small versions of such Battery are used for hearing aids or in quartz watches- round chrome Battery. Portable Battery come in standardized sizes and used both as single-use primary cell, as well as a rechargeable accumulator.
In starter battery for motor vehicles, traction batteries and deep cycle storage batteries for electric are used .

Because of in many areas there is different requirements for voltage, power and capacity Battery can be distinguished, for example, based on :

Standard Battery and cells differ both in the electrical properties as well as in the geometric and structural design.