Platform Independence and Cross Platform is the property of a program to run on different computer systems with differences in architecture, processor, compiler, operating system and other utilities that are necessary for running the program. The degree of Platform Independence and Cross Platform is known as portability. This means not only the existing platform independence, but also the amount of work that would need to convert the program into a fully platform-independent is counted. This process is called porting.

Platform Independence and Cross Platform are usually synonymous, if not specially mentioned.
There are different types of platform independence:

Web applications that are executed by the browser : Here, the operating system does not matter, it just has a certain qualifying web browser available.
Fat binaries : Program packages, which contain several executable versions can have Platform Independence. The operating system will boot without user intervention to the correct version.
Source code portability : This type of platform independence is common in C programs for UNIX : The source code contains instructions that allows to balance the operating system differences. There are plenty of tools for this purpose. 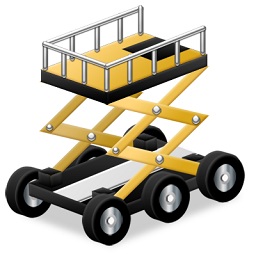 In the server area, where virtual machines worked with virtual CPUs, when it comes to platform independence, something is different from what one would expect from classical Unix / Linux know-porting – the strong focus on x86 PCs in terms of platform independence, gives more headaches than traditional Unix applications .

Today a relative platform independence is most commonly through the use of run-time environments, languages ??such as Java or . NET. However, this apparent Platform Independence  is in turn bought by a dependency on the runtime environment.