Metacomputing is basically is the separate still ill-defined branch of knowledge oriented science which involves research and development through Computers. So logically all works done with a computer should be Metacomputing, is not it ? Yes and No.

Internet was basically devised for communicating between the research workers and scientists living Geographically far apart. Later Internet took a different shape and Public usage became the mainstream. Internet means Networking but definitely the scientists who wanted to connect were not all Networking Expert. It is a separate super-specialization. The idea behind Internet, in other words, for example was to create a way so that two research workers on human ergonomics can communicate, whether they have high level knowledge about Networking was not the question, question was – how to connect them so that they can work seamlessly.

Metacomputing is related to research and development. In late ’90s various seminars ran only to discuss Metacomputing which practically could define nothing as simply the Education system can not create an Inventor. No school exists in this World which can create a second copy of Sir Issac Newton. 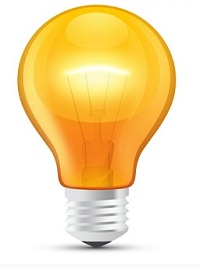 Take the example of Human Genome Project. It is relatively easy example as most at least heard something about Human Genome Project. It was a quite complex project. The Project goals were to
identify all the approximately 25,000 genes in human DNA, determine the sequences of the 3 billion chemical base pairs that make up human DNA, store this information in databases, improve tools for data analysis, transfer related technologies to the private sector, and address the ethical, legal, and social issues (ELSI) that may arise from the project. Four years left at the time of writing this article for completion of the project. As far my knowledge goes after 2008, no Landmark HGP Papers has been marked.

To facilitate the usage of these data, updated hardware (read supercomputers) and Software are needed, more is needed the research workers who has very good grasp on experimentation, thoughts on the main topic (primarily doctors related to research, non medical biological research workers) and basic grasp on computing.